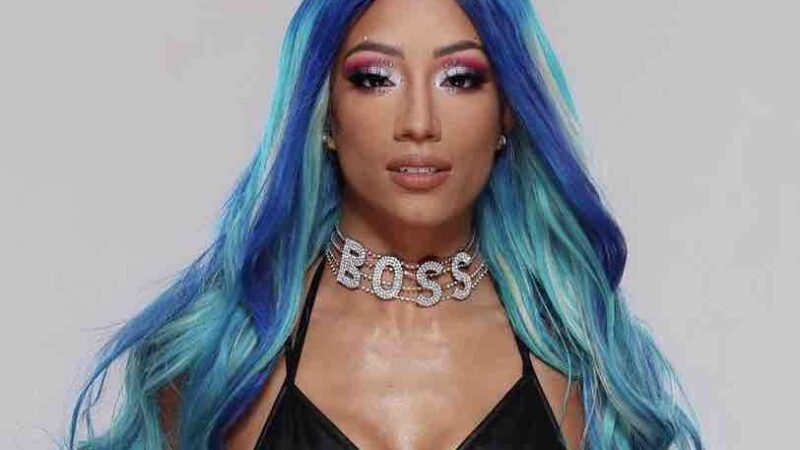 Sasha Banks has posted a photo promoting AEW Full Gear and a specific match, which you can see below.

Sasha Banks and Naomi were the Women’s Tag Team Champions heading into the May 16th edition of WWE RAW. The former regime booked the champs to face off against each other in a Six-Pack Challenge to determine Ronda Rousey’s opponent for Hell in a Cell.

With this, Naomi and Sasha did not want to go head to head and rather opted to head to former EVP of Talent Relations, John Laurinaitis’ office. As reported, the belts were then seen laying on the desk of John and seemingly, the duo had disappeared.

After Naomi and Sasha Banks walked out of the company on RAW, Michael Cole announced that the two stars were indefinitely suspended on SmackDown a few days later, which obviously noted to the fans at home that this was all apart of the show, or was it?

Fast forward and Sasha Banks recently posted an emotional video on Instagram with the following message:

“Be patient, be gentle, be forgiving, when it comes to the matters of the heart. I know that this life could seem crazy cause it seems like the more you put it together, the more it kinda falls apart. But, don’t panic. Because without losing who you thought you were, who you are meant to be could never be found. So just focus on understanding yourself, healing yourself and loving yourself, because your relationship with you is one of the only ones that you would forever be bound,” wrote Banks.

Naomi reacted to her tag team partner’s message and stated that being strong is her only choice.

She said: “Strength and growth come only through continuous effort and struggle. You never know how strong you are, until being strong is your only choice. @themercedesvarnado you are and will fulfill all the dreams you envision.”

Naomi then posted a message which alluded to only “god knowing the truth” which could be a pointing finger at WWE. Titus O’Neil would then react with clapping hands emojis in solidarity.

Right now, rumors have been heavy in the space about the two making their return. There were thoughts that they would end up in AEW, but it does not seem that that will be happening. Special thanks to SportSkeeda.