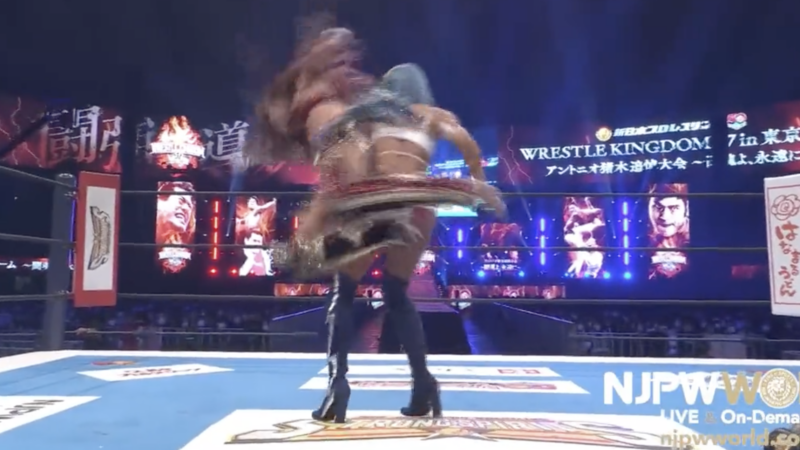 While Mone made a solid first impression with a new entrance theme and a physical altercation with the champion, she faced criticism from fans after botching her finishing move. Many took to social media to call out Mone for the mishap.

This marks Mone’s first wrestling-related appearance since she walked out with Naomi during the May 16, 2022, episode of Monday Night Raw. Mone became a free agent after her WWE contract expired on New Year’s Eve, and it appears that she has decided to join NJPW.

During her promo at the Tokyo Dome, Mone introduced herself as the “CEO of the women’s division” and declared herself as a force to be reckoned with. While the botched finisher may have marred her debut, it is clear that Mone is looking to make a statement in the world of professional wrestling.

While fans on the internet make fun of the botched move, it is worth noting that Banks was a highly popular and successful wrestler during her time with the WWE. She has a large fan base, they would follow her to NJPW and continue to support her in her new venture.

As for the effect of the botched finishing move on Banks’ popularity, it is possible that it could affect her negatively in the short term. Botching a finisher is never ideal, and it can lead to negative reactions from fans and criticism from critics. However, it is important to note that this was only Banks’ first appearance under the Mercedes Mone ringname and that it is not uncommon for wrestlers to have some hiccups early on when going through changes in their careers. Ultimately, Mone’s popularity will depend on her future performances and how well she connects with fans in NJPW.