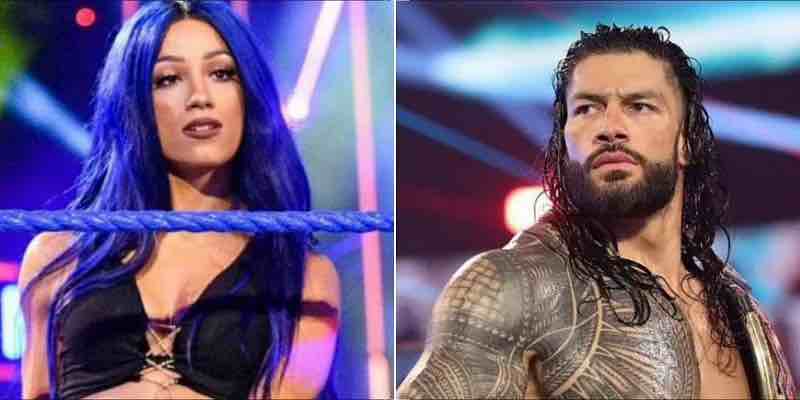 The WWE Women’s Tag-Team Champions Sasha Banks and Naomi recently had some differences with the creative idea before last night’s Monday Night RAW. They grabbed the headlines when they took a huge step during the show. There have been various reports circulating about the tag-team and it even noted they had a confrontation with the WWE Chairman Vince McMahon over their issue. WWE also left that part out of their official narrative, but Banks and Naomi did have words with the boss. In the official statement from the company, it was noted that Sasha Banks and Naomi dropped their tag titles on the desk of John Laurinaitis and left the building.

The former WWE SmackDown Women’s Champion Sasha Banks might have given off a couple of clues that she isn’t too happy with WWE. She unfollowed Vince McMahon and a slew of other WWE stars in the days before her walkout. Some tops names of WWE such as Becky Lynch, Bayley, The Usos, Seth Rollins, and Roman Reigns were also unfollowed.

It has been noted that ‘The Boss’ now only follows six accounts on Twitter including John Cena, Snoop Dogg and Tamina. It is very interesting that she took another step to express her feelings about the Stamford-based company.

Dave Meltzer also noted on the latest Wrestling Observer Radio that there was much more to the story. The duo went to Vince McMahon himself to air their grievances. Here is what he said about the matter.

“A lot of this is just speculative right now. They left. It’s not a work. As far as what happens next, they sent out a release and didn’t say anything. Didn’t indicate anything about what was going on other than, clearly, management was upset.

There was a situation, I do know that whatever it was, they went to Vince and Vince did not back down, which they did not put in the release. Vince did not agree to what they were asking and that led to them walking out during the show, which is kind of a no-no, but again, look, if the Kota Ibushi stuff can be smoothed over… I’ve seen a lot worse get smoothed over.”

We will have to see how WWE reacts to the actions of Banks and Naomi.