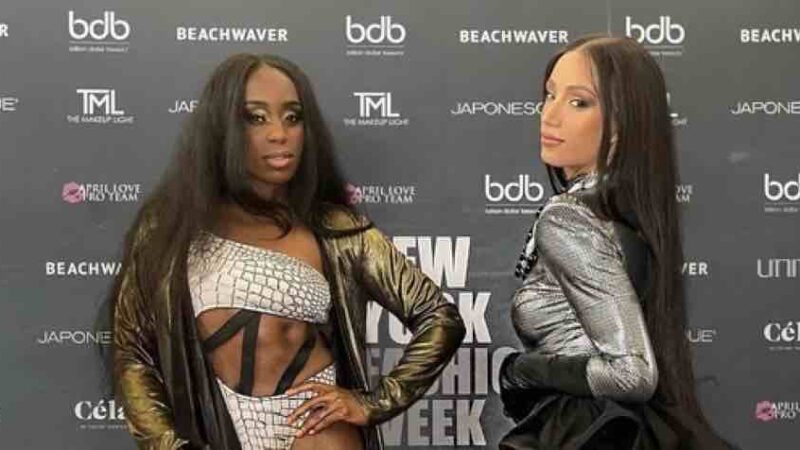 Sasha Banks is with Naomi in New York for Fashion Week, and a stunning photos has surfaced below.

Fans speculated Sasha and Naomi may go to AEW, but they’ll be returning soon to WWE with Triple H now in charge. The former Undisputed Elite member Bobby Fish reportedly parted ways with AEW. He had inked a deal with AEW in October last year after being released from WWE. He subsequently signed a deal with the company and faced top names like Bryan Danielson and CM Punk. After a brief run as a singles competitor, he had teamed up with Kyle O’Reilly on the company’s programming. However, recent reports have suggested that the former may not be renewing his current contract.

Sean Sapp reported behind Fightful’s paywall that Bobby Fish and Tony Khan’s company almost worked things out. There was thinking at one point that he might agree to a new deal.

It has been reported that there was a issue with finances which resulted in parting of ways. It seems that CM Punk’s recent drama didn’t do AEW in favors regarding getting Fish back. After all, Fish challenged Punk to a legit fight:

“Bobby Fish and AEW had entered discussions about possibly renewing his deal, and there was said to be some interest on both sides about continuing the relationship. However, the two sides couldn’t come to terms financially and parted ways. We were told that AEW thought it was somewhat amicable until Fish’s tweets about Punk/AEW. Fish remains friendly with many in the company. We’re told that there wasn’t much by the way of creative plans for him once Kyle O’Reilly’s injury happened, as well.”

It was also noted that, “We’ve not heard of WWE reaching out to Bobby Fish, and he hasn’t been mentioned creatively from what we’ve learned thus far.”
Fish last appeared on the August 3 episode of AEW Dynamite, when the Undisputed Elite returned. Fish, Adam Cole, and Kyle O’Reilly betrayed the Young Bucks to seemingly launch some sort of program, but they haven’t been seen since. He last wrestled for AEW at the July taping of AEW Dark: Elevation. Fish has been taking bookings on the independent scene; he defeated Yuya Uemura at DEFY Doomsayers on August 20.