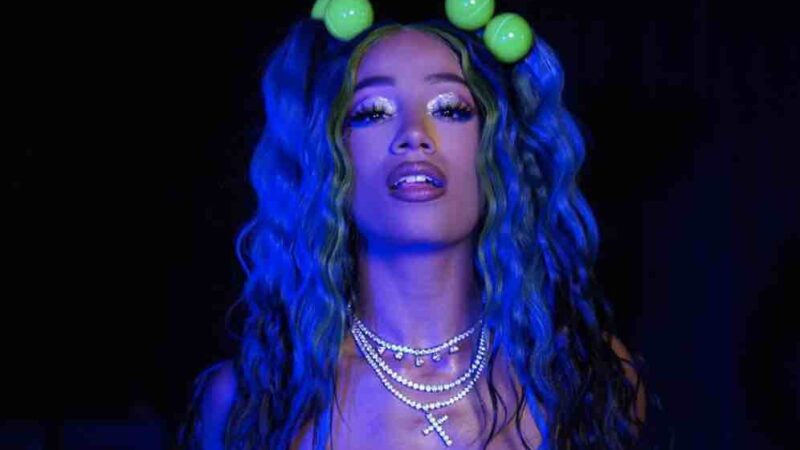 The former WWE SmackDown Women’s Champion and The Mandalorian star Sasha Banks recently head-to-head with Kevin Hart in a Star Wars lightsaber duel. ‘The Boss’ was a guest on Hart’s sports interview show Cold as Balls, and a video clip from the new segment from the show has been revealed from the show which airs on Tuesday, May 17 at 11 a.m. ET/8 a.m. PT.  The clip noted Hart wielding a red toy lightsaber while Banks ignited a green one, and the two clash while inside their respective ice baths.


Banks made her Star Wars debut as Koska Reeves in Season 2 of The Mandalorian, with her character serving as a member of the Nite Owls alongside Bo-Katan Kryze. Here is what Banks said in November 2020 after her debut episode aired:

“It was an early morning treat,”“I woke up with a huge anxiety attack. I was just like, ‘Oh my God, today is the day!’ I had to do my meditation and I took a walk and I just kind of broke down.”

“I just can’t believe that the universe blessed me with this being the day that my episode would air,” she continued. “On Nov. 13 15 years ago, my hero Eddie Guerrero passed away. So I’ve always thought about the date as something that was really terrible in my life, but I used it to fuel my passion and to really just create a legacy for myself. It’s so crazy how the universe is working kind of full circle for me right now.”

Well, it is not clear if Banks will reprise her role as Koska Reeves in Season 3 of The Mandalorian. However, given comments from Katee Sackhoff about Bo-Katan’s unfinished business, it stands to reason that she could appear alongside her fellow Mandalorian warrior.

“The way that Lucasfilm left me in Season 2, one of the roads that could be gone down — absolutely, you’d think — would be the unfinished business,” Sackhoff said in September 2021. “But that is so far above my pay grade, and you just don’t know, right? As a fan of the show, I’m just excited to see what they come up with.”

We will have to see what is next for Banks in her acting career.