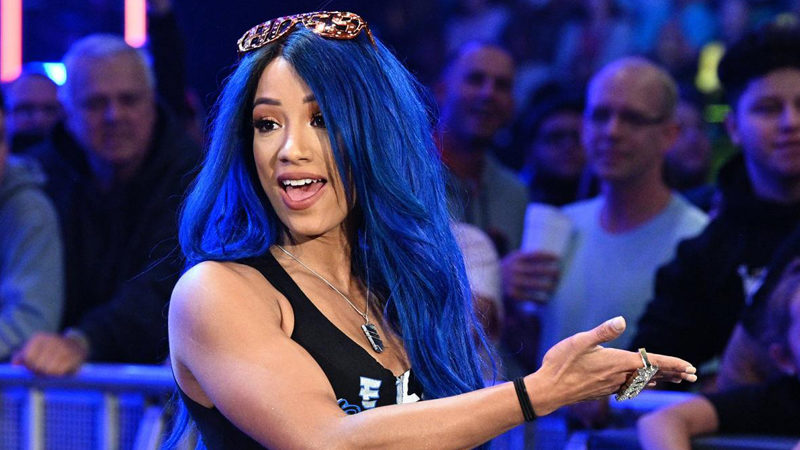 Sasha Banks was part of WWE’s historic first-ever all-women’s PPV event Evolution back in 2018. The event was headlined by Ronda Rousey and Nicki Bella, while others like Becky Lynch and Charlotte Flair had prominent roles. Sasha Banks teamed up with Natalya and Bayley to defeat the Riott Squad.

Two years after the first Evolution took place, Sasha Banks talked about why she was eagerly waiting for the PPV event to make a return, speaking on D-Von Dudley’s Table Talk Podcast.

Banks revealed how Evolution was like a dream-come-true for her and all other WWE women Superstars who participated. She said that she has been ‘dying’ for Evolution 2.0 to take place. She knows fans are waiting for it as well.

“I never dreamt that would happen because you would never dream of women main-eventing anything. But for all those women coming together from the past, present, and future, it was such an inspiring and incredible pay-per-view that I’m like, ‘Where is number 2?! Where is Evolution 2?’ We’ve been waiting for it and I know the fans want it. I’m dying for it, because you also saw a lot of matches that you would never see before and I think that’s really awesome to see, especially as the women’s division keeps on growing.” H/T SE Scoops

Banks also pointed out that WWE now has a much greater number of female Superstars than in 2018. RAW, SmackDown, and NXT – all three brands have a far more well stacked women’s roster, who can be a part of Evolution 2.0.

Banks revealed in the interview that she would love to face Trish Stratus if Evolution 2.0 ever happens. She said she would “lose her mind” to get an opportunity of sharing the ring with Stratus.

Banks recently lost both her Championship titles back to back. First she dropped her WWE RAW Women’s title to Asuka on SummerSlam. Next Sunday on WWE Payback, Nia Jax and Shayna Baszler defeated Sasha Banks and Bayley to win the WWE Women’s Tag Team Championship.

Banks’ bad luck continued as her long-time tag team partner Bayley turned on her on last week’s episode of WWE SmackDown. She had to leave the ring in a stretcher.