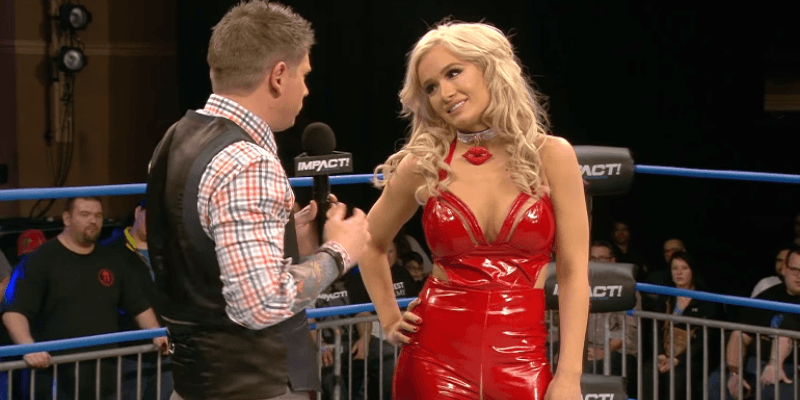 Scarlett Bordeaux has been one of the highlights of Impact Wrestling in the past year or so. However, recent reports suggested that Bordeaux wasn’t quite happy with her Impact contract and has been wanting out of the promotion for a while now.

Well now, these reports have seemingly been confirmed as earlier today, Impact Wrestling officially granted Bordeaux her release from the company. Through their Twitter handle, Impact Wrestling made the announcement of Bordeaux’s release and wished her the best of luck in all her future endeavours.

IMPACT Wrestling confirms that it has released Scarlett Bordeaux from her commitments to IMPACT. We wish her every success in her future endeavours.

Bordeaux seemed relieved by this news and almost immediately took to her Twitter handle to respond to it. She said that she was extremely excited to “just be a free agent for a while” and even asked promoters to book her for some upcoming dates.

I couldn’t be more excited to just be a free agent for a while. With that being said, promoters I’m looking to fill July 6th and July 19th! [email protected]#Independent #Smokeshow #StillMakingWrestlingSexyAgain https://t.co/owUZskKWro

Either way, it will be interesting to see what path Bordeaux takes after her release from Impact Wrestling. There’s a truckload of opportunities for her out there with major promotions looking to bag popular independent talent and sign them to long-term contracts.