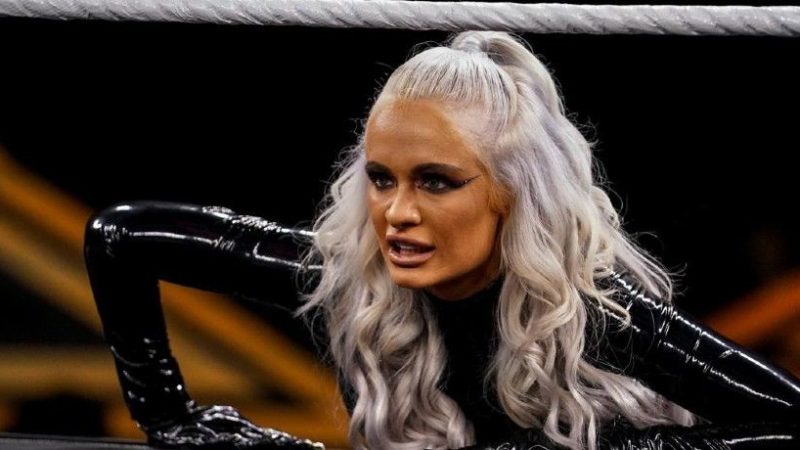 Triple H had been overseeing the operations of NXT and was instrumental in several aspects of the show. He has been always focused on his talents and it included entrances. Recently, Shawn Michaels revealed if HHH is permanently gone from the company. It seems that Hunter also played a major role in formulating the epic entrance of the former NXT Champion Karrion Kross and Scarlett Bordeaux.

They had one of the most unique entrances in WWE NXT history. They were recently released by the company during the round of budget of cuts amid the COVID-19 pandemic.  The WWE universe got their first look at Karrion Kross and Scarlett’s spectacular entrance on the November 6, 2020 edition of WWE NXT. It was at this show that the pair had made their company debuts. However, nearly exactly one year later, Kross and Scarlett were both released from the company alongside a number of other fan-favorite stars.

About a month removed from her release, Scarlett recently appeared on ‘The Wrestling Asylum‘ podcast and would briefly speak about the creative process of the aforementioned entrance of hers and Kross, which, according to Scarlett, was greatly enhanced and all the praise goes to ‘The Game’:

“So, at first, they let us do kind of what we wanted to do and then Hunter was like, ‘Okay, okay.’ Then he enhanced it and made it perfect. So we kind of did something naturally and he’s like, ‘Okay, okay.’ Just to see how we would naturally move. The Hunter’s like, ‘How about this and this?’ and we’re like, ‘Wow, this is so much better than what we came up with.’ So I would say it was a collaborative effort to put it together, but Hunter was such a big part of it, honestly.”

We will have to see what future awaits for Karrion Kross and Scarlett.