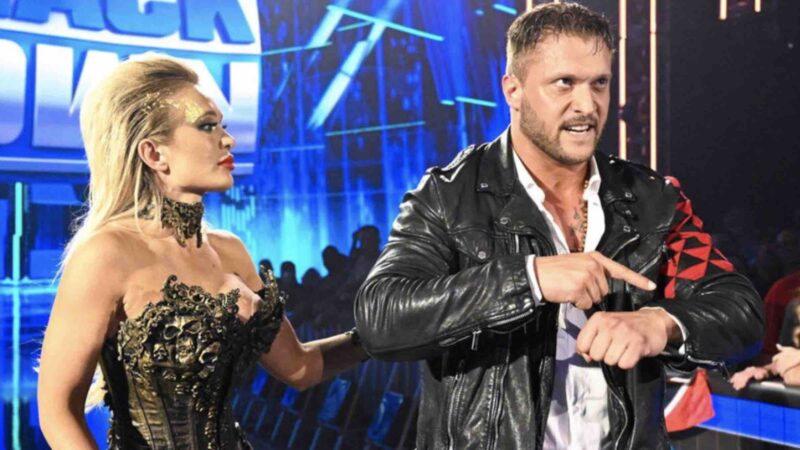 The return of Karrion Kross and Scarlett are officially upon us and on the way. Yes, fans of the two are seething to see the return of these two stars and luckily, they may not be waiting much longer for this.

It was recently said that Karrion Kross and Scarlett have been officially added to WWE’s internal Smackdown roster. According to the rumors, Kross will be positioned as the number two heel behind Roman Reigns, PWInsider.com is told and reported.

With this, it is also said that Scarlett will be managing Kross and isn’t currently planned to be wrestling regularly, but obviously the door is open for that.

Via talk going around, after the pair were released last year, there was regular communication between them and WWE so the change in power worked in their favor.

Now with Triple H in power, it looks that he wants to breathe new life into those who should have either stuck around or those who never got the total push that they should have had.

This should be pretty fun to see with these two coming back as they were loved by tons of fans. As of now, there’s no exact date of return just yet for the stars, but with them being added to the internal roster – it does seem like they will be on the way in the future. There also should be a big return for them set in place via production.

It’s unlikely that they will just show up one night. It looks like WWE will want to make it a big spectacle rather than just putting them on a show randomly. It could happen at a pay-per-view or it could happen at a normal event. No matter what it is, it’s best to keep an eye out for the two.