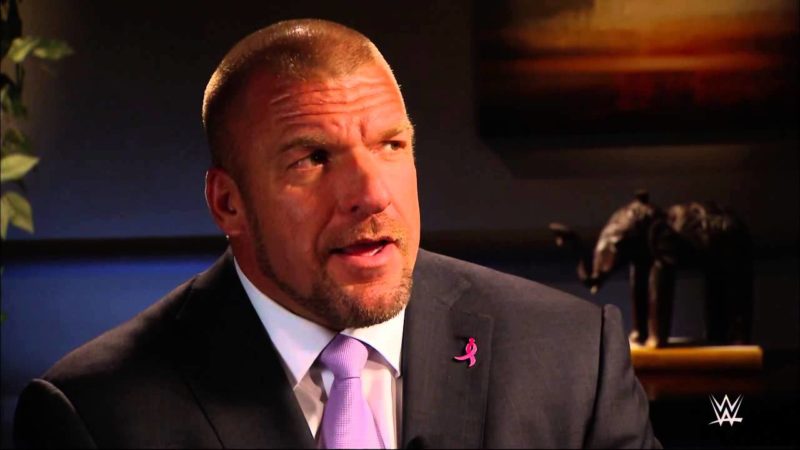 Scott Hall recently appeared on the Celtic Wrestling Podcast where he was asked about Triple H.

“Well, he runs NXT completely, Triple H. And to me, it’s the hottest show out there and I think a big factor is… it is… I think a big factor is because it’s one hour and SmackDown Live gets better ratings because it’s two hours. I mean, three hours of RAW is hard to watch and I love pro wrestling. When business is red-hot and stuff, that’s great, but you’re giving away a pay-per-view every week and coming up with three hours of good TV starts to get hard. And, like, now the position that WWE is in is that because it’s a publicly traded company and it’s not a family business and they sell commercial time even if the show’s not that good, you’re still generating revenue off of those commercials, so they can’t [go back to a two-hour RAW]. I think if it was up to Paul [Triple H], he would go back to one-hour TV because it leaves you wanting more. But, I mean, things are what they are.”

Triple H is being groomed to take over for Vince McMahon when the time comes. Hall discussed how he thought his old friend was the perfect guy for the job.

“Don’t get me wrong, I respect Paul, I respect Triple H, and he [has] done some things. He’s the right guy for the job. He doesn’t sleep. He’s just like Vince. He’s a cyborg. But when I first met him, he used to carry my bag. He was kind of nobody and I was kind of a big deal. And I used to mess with him, like, do you know how you can walk behind somebody and walk right in their footsteps? Like, he would come into TV and I was just doing it to him and he’s turning around like, ‘whoa.’ So I said, ‘I guess you’ve heard all the rumors about all the gay stuff here, right?’ And he went, ‘yeah.’ I said, ‘it’s all true!’ And the coolest thing about having him around was he was skilled. And I’m looking at him going, ‘well, here’s this rich boy from the country club and Razor’s gimmick is from the streets.’ I’m thinking, ‘oh, and he can go? Man, I’d love to work with him.’ And because he never drank or did a drug, still doesn’t, sometimes we’d pressure him to ‘drink it!’ and he would drink, like, one shot of Jack Daniels. But it was perfect for guys like me, and Shawn, and Kid, and Kev because we were drinking and taking prescription drugs only. I can prove it, doctor. But we’re partying and going hard and we’d just get in the van and go, ‘drive monkey!’ And we’d sit in the back and drink beer and he was totally straight, didn’t do a drug.”