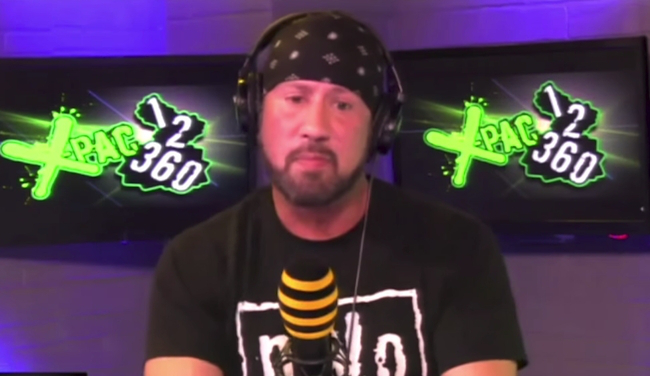 Sean Waltman had a chance to tackle the news that shocked the wrestling world on Monday Night Raw. Roman Reigns revealed to the world that his leukemia had returned, and he had to step away from the ring for the time being.

Waltman, who has had a close relationship with the Anoa’i family, said it was like someone “kicked him in the balls,” on his podcast X-Pac 1,2,360.

I know that whole family. It was like someone kicked me in the balls, you know. So you sit there and think about what this guy is going through. His wife and his daughter and all that and what they’re going through. And to go out there and tell everyone what’s going on and keep your head held high and not breaking down.

Not that there’s anything wrong with breaking down and shedding a tear, cause that’s fine too. But just to be able to go out there and keep it together and tell everyone what you have…to tell them like that… G–damn, that’s got to be hard.

Waltman went on to discuss the Universal title picture, stating that he would put Braun Strowman in Roman Reigns’ position.

They can always pivot at any point because that’s kind of how they operate now. There is always a chance that somebody is going to go down with an injury or an illness. Not so much like some kind of a scandal or like an Enzo type of thing.

But there’s that outlying possibility of silly sh– happening too. But…mainly injuries and things like that. So, you are always going to have a plan B. And I see a big ass plan B in Braun Strowman. I think WWE will go with him. I can see him in that spot.

The WWE clearly seem to have decided on Strowman as well, as he will face Brock Lesnar for the vacant Universal Championship at WWE Crown Jewel.