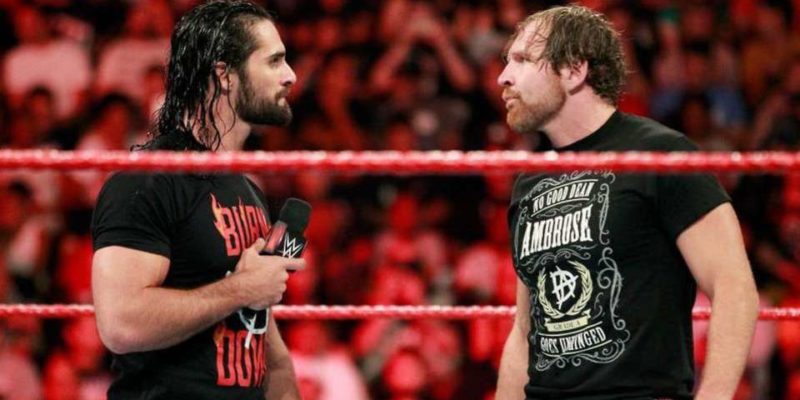 After Jon Moxley’s appearance on Talk is Jericho last month, many disgruntled fans felt that their criticism of the WWE was justified. Seth Rollins finally addressed the situation, revealing that he’s incredibly frustrated with the negativity that the company receives every single week.

The WWE Universal Champion was recently a guest on the Sports Illustrated Media Podcast, where he addressed the fans that constantly complain about the product.

You can only sit back and read people bashing something you love for so long, and sit there and take it and try to take the high road, so to speak. We put a ton of effort into making a product that I think is pretty darn good considering the amount of content we put out there. The fact that people wanna sit on their little soapboxes and their little stupid social media machines and talk down about it really speaks volumes about the generation.

Rollins felt that, since he was the top guy in the company, it was his place to stick up for WWE and everyone that works to bring weekly television to viewers around the world. When Jon Moxley’s comments were brought up, Rollins seemingly called him out, stating that the tough life of a WWE Superstar isn’t for everyone.

Ambrose can do what he wants. He’s a big boy. He can go out there and say whatever he wants, but the bottom line is not everyone is equipped to handle the rigors of the WWE and the schedule and how it affects you mentally and emotionally. Ambrose gave everything he had to the company for the entire time he was here. He put his heart and soul into the travel and the schedule and all that stuff, but at the end of the day, he took his ball and went home, or he went elsewhere, at least.

Rollins felt that Moxley hasn’t really sat down to reflect on his career with the company, and needs to look himself in the mirror and ask himself if he did everything he could to make his situation better.

I think it’s a little presumptuous of him to get on a podcast and talk down about the company that gave him such opportunities. Like I said, I love the guy, but at the end of the day, we share differing perspectives about what we want in life and where we’re at in our own lives.

You need to take the first step and that’s looking in the mirror and asking yourself did you do every single thing you possibly could to make yourself and your situation what you want it to be, and if the answer is yes you did, then you can go elsewhere and complain. If that’s where he’s at mentally, then go right ahead, but if he hasn’t done that, he hasn’t looked in the mirror and made that decision, then maybe he should think about that.

Rollins stated that his advice wasn’t solely for Moxley, and believes that all former WWE Superstars should do the same. He later revealed that they haven’t spoken about the Talk is Jericho appearance, but that there are no hard feelings between them, calling Moxley one of his favorite people in the world.