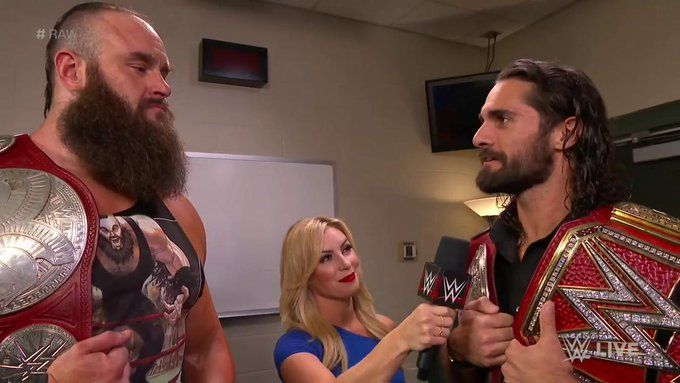 This week’s episode of Raw saw WWE making the Universal Championship match official for Clash Of Champions as Braun Strowman challenged Seth Rollins for a match at the show.


Though this wasn’t the only title match made official during the show as the company also confirmed another championship match which also involves both Strowman and Rollins.

Dolph Ziggler and Robert Roode won a Tag Team Turmoil match on the latest episode of Monday Night Raw to become the new #1 contenders for the Raw Tag Team Championships.

This two will now be challenging for the titles at the upcoming PPV and this means that both The Monster Among Men and the Architect will be pulling double duty on the show.

Below is the updated match card for the Clash Of Champions event after the latest announcements: