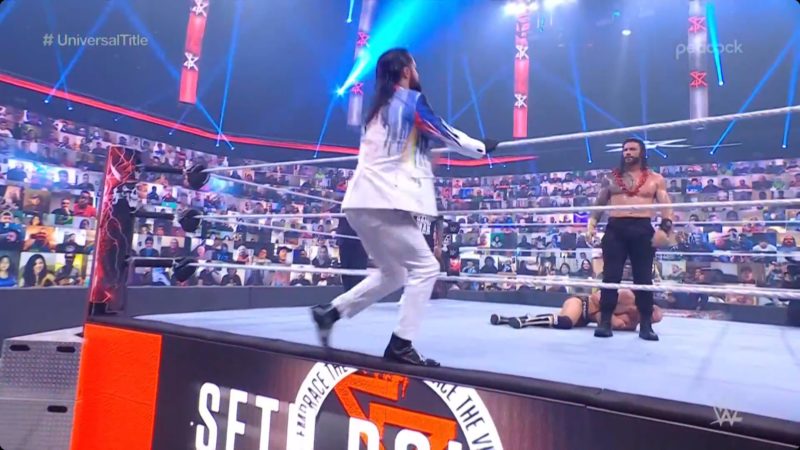 Seth Rollins was attacked by a fan on Raw, as seen below.

The Rock, who celebrated the 25th anniversary of his WWE debut did not make his presence felt at Survivor Series pay-per-view. The fans certainly missed him and it should’ve featured the former WWE Champion. Fans only got some video packages and a paid advertisement for Rocky’s latest Netflix movie, Red Notice.

The Rock was planned to make an appearance at Survivor Series

Andrew Zarian of Mat Men Podcast has reported that the original plan was for The Rock to be at Survivor Series. The entire pay-per-view was supposed to be centered around The Great One. That plan was the same until sometime around September:

“In July, I was told that the Brooklyn, New York, pay-per-view would be centered around Johnson. Between heavily promoting his new Red Notice movie on Netflix, the 25th anniversary of his WWE debut that took place in New York City, NBC’s renewal of Young Rock, and the second season of the Ruthless Aggression documentary series, the timing was perfect. […] In late-September, the same source told me that Johnson would not be on Survivor Series due to his filming schedule and needing to quarantine for travel. However, there was still a financial obligation to continue with the plan for the movie promotion without Johnson which is what we saw last night. The basic concept stayed the same, minus Johnson himself.”