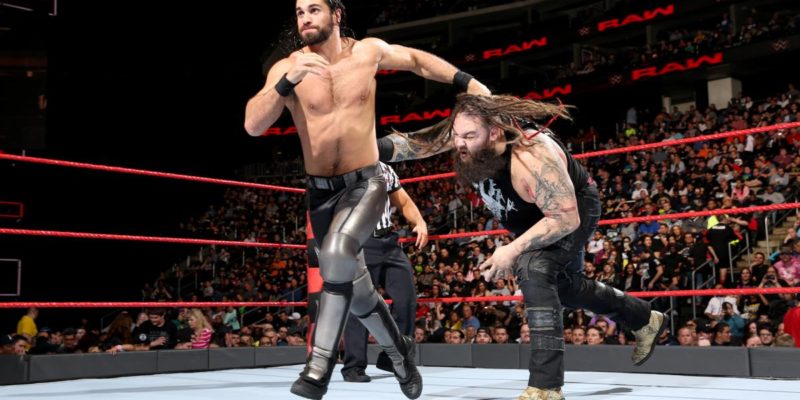 Bray Wyatt and Seth Rollins were at each others’ throats for a little while and they traded wins then that seemed to be the end of it. The two moved on to other feuds and some considered it a premature move to end the rivalry so quickly. After all, there was still probably room for the two to keep working with each other a little bit longer.

Seth Rollins eventually teamed up with Dean Ambrose and they won the Raw Tag Team Championships at SummerSlam. Bray Wyatt moved on to feuding with Seth Rollins and those two are still going at each other.

But still, there were fans out there who would have rather seen Bray and Seth keep feuding.

Seth recently spoke to Sam Roberts on the Sam Roberts Wrestling Podcast where he provided some explanation about what happened to cause his feud with Bray to end so suddenly.

“I believe what the plan was for me and Bray Wyatt to go a few pay-per-views and then, whatever happened, happened. Something changed and they shuffled the deck and they ended up having to re-position, which actually worked out much better for me in my personal opinion. But yeah, its been almost a month or so that I’ve kind of known that we were heading in this direction.”

Sometimes a rivalry needs some time to really let things come to a boil. So don’t rule out the possibility of those two finding each other again someday. But it would have been fun to see what they could have come up after Great Balls Of Fire was over. But it probably worked out for the best in the end because Bray and Seth moved on to other feuds so at least they’re still getting to entertain the WWE Universe on a weekly basis.