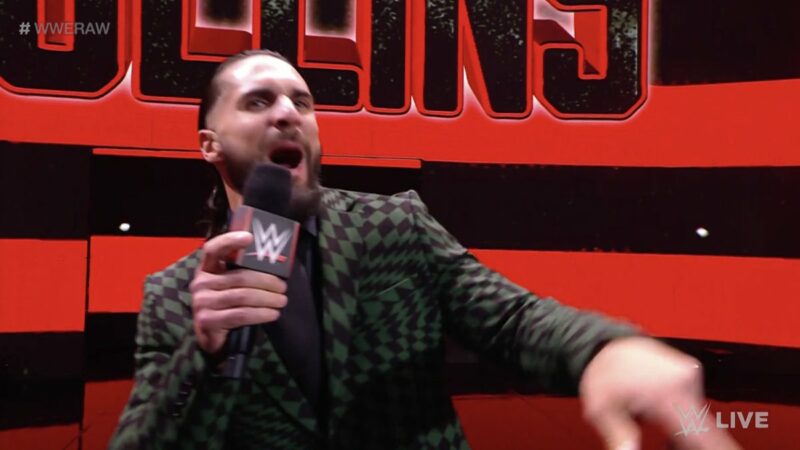 Seth Rollins responded to Cody Rhodes chants on WWE Raw during his promo with AJ Styles.

Rollins said, “Rumors are a lot of fun, but they don’t make moments, and I am living for my WrestleMania moment.”

.@WWERollins looks to be up to his old tricks again, this time with @AJStylesOrg in his sights. #WWERaw pic.twitter.com/kznOW334lg

The Phenom has worked with the top pro wrestlers in the history of the business throughout the years and has had great matches with many of them. The Undertaker squared off against Goldberg in Saudi Arabia in a dream match that turned into a nightmare according to many fans back at WWE Super Showdown in 2019.

It featured numerous botches, including a Jackhammer where The Undertaker landed directly on his head. It was a couple of inches away from suffering a serious injury as well. The Undertaker recently spoke on the True Geordie Podcast, where he revealed he was felt pressure to pay off his match against Goldberg.

“People are expecting big things because it’s Goldberg and it’s Undertaker I’m thinking, ‘We gotta pay this off.’ Maybe if I was working more often I would have recognized the fact that ‘Maybe we really should not do that.’ That was one of those instances where two inches [difference in landing], I don’t get up.

It is simply just one of those things that happened. Goldberg did that move a lot of times. I don’t know if he was concussed at that point yet. Part of that is because I’m not working a full schedule at that point. I’m not kicking on all my cylinders where I can recognize that ‘Okay, maybe we shouldn’t do this.’”