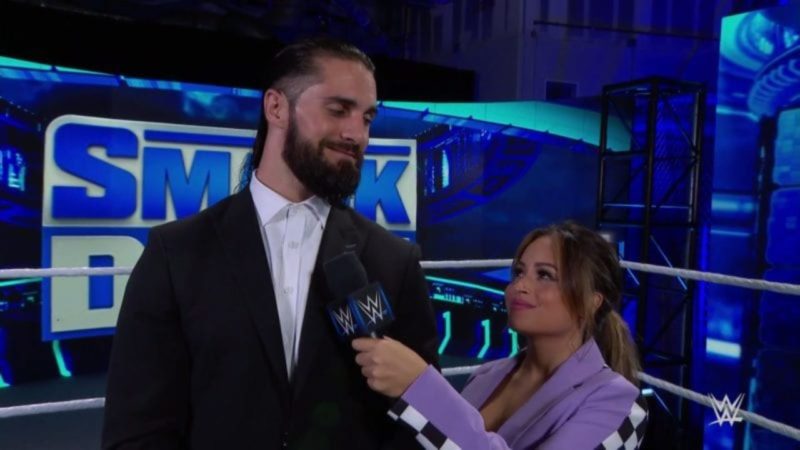 Seth Rollins wrapped up his storyline with The Mysterios and Buddy Murphy on SmackDown this week. The Messiah put the former Cruiserweight Champion over clean ahead of Survivor Series. This Sunday, he’ll join Team SmackDown to take on Team RAW.

After that, Rollins is expected to take some time off for the birth of his child. For months now, it was speculated that he’d be leaving once this storyline was finished. The former WWE Champion may be back sooner than expected, though.

In the latest edition of the Wrestling Observer Newsletter, it’s been reported that Seth Rollins will indeed be away from WWE until Becky Lynch gives birth and throughout the rest of December. He won’t be gone too long, though, and will more than likely be back in January.

“Rollins will be taking some time off after Survivor Series until his fiance Becky Lynch gives birth. This was first reported by Ringside News. We don’t have exact dates but have been told he’s going to be off December but the belief is back fairly quickly.”

Considering that he’s one of SmackDown’s top stars, it wouldn’t be too surprising to see him back before the Royal Rumble next year.