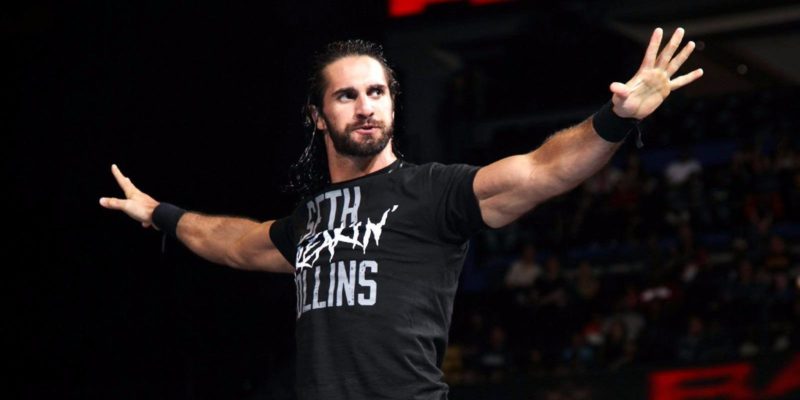 Seth Rollins has made it his goal to be considered Mr. Monday Night Raw. The Architect has been a top star since his debut on the main roster back in 2012, and quickly gained the support of the wrestling fans unfamiliar with his ROH work.

Rollins has been a part of the biggest stories on Raw, from the Shield feuding with the Wyatts and Evolution, to cashing in at Wrestlemania to win his first ever WWE Title. Rollins has become a household name among wrestling fans, and he’s recently started a crusade to prove that he is, without a doubt, Mr. Monday Night Raw.

What a start to Raw these two are putting it on the line at the start of show. Wonder who comes out next. #gauntlet.

Seth Rollins won a match, along with Finn Balor, last week to add himself into the Elimination Chamber, and was a part of the 7-man Gauntlet match that started Monday Night Raw. Rollins started the match off with his Shield brother, Roman Reigns, the favorite to win the Chamber this Sunday.

Rollins caught Reigns with a roll-up after a grueling back and forth, shocking the WWE Universe. However, before he could shake Roman’s hand, his next opponent, John Cena, came to the ring. Rollins put on a star-making performance against the face that runs the place, desperately fighting on to advance in the match.

Rollins hit Cena with the crossface, a frog splash, a handful of knees, the superplex-falcon arrow combo, and even his own version of John Cena’s AA. He would finally put Cena away after a devastating Curb Stomp.

Sadly, he wouldn’t last much longer, as Elias picked up the pieces, hitting Rollins with a Drift Away. However, Rollins earned a lot of admiration, and a standing ovation from the crowd in attendance, as he walked away from the ring after a heartbreaking hour and five minutes. Twitter exploded over that amount of time, praising the insane performance given by the Kingslayer.

What an outing by @WWERollins
Unbelievable

What an absolutely MAGNIFICENT effort by @WWERollins in the #RAW #GauntletMatch.

'Twas a WARRIOR-LIKE performance, defeating both members of the @WWE's POLARIZING PAIR.

Pulling out everything in his arsenal to topple the two faces of the WWE, he proved why he’s one of the best WWE has to offer. After all, he’s Seth Freakin Rollins for a reason.