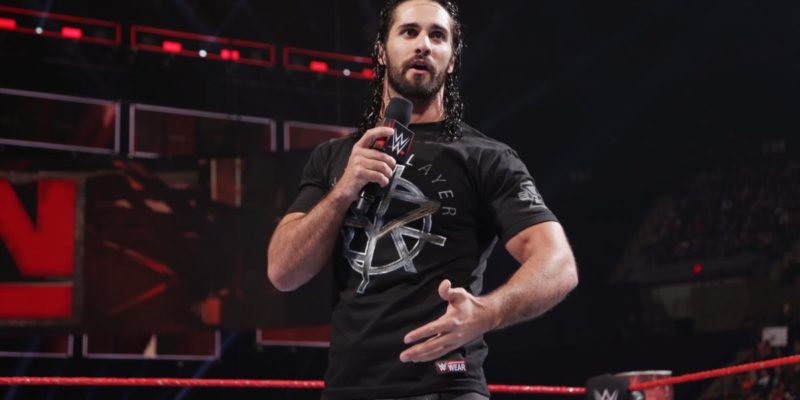 “The Architect” has risen up the ranks from being a member of the Shield to one of the company’s top guys at the moment. During the latest edition of the E&C Pod of Awesomeness, Rollins revealed an incident which involved none other than Vince McMahon.

McMahon had decided to slot Kingston against Rollins in an episode of SmackDown, a time where it was not taped live. McMahon had apparently ordered for the match to be basically a squash with Kingston getting absolutely no offence during it.

Rollins, with respect towards Kingston, felt otherwise and went on to have a match where Kingston was able to get in a bit as well. The former WWE Champion revealed that McMahon was furious about it. He went on to explain the entire scenario:

I had this match with Kofi and it was meant to be a ‘get over’ match for me and now Kofi is someone I have a lot of respect for and who is someone I would never even in a match that was made for me to look good in I would not like just squash Kofi. I just wouldn’t do it, I’d want to give him something, you know that’s just my nature.”

“So we went out and it was literally three minutes long start to finish bell to bell. Three minutes long and I gave Kofi a little bit and made him look good and beat him and I remember coming to the back thinking, ‘Okay that was alright.’ Vince was just furious about it — furious.”

Rollins expressed his confusion over McMahon’s outburst and revealed that he was angry over having to redo the entire match. The Architect concluded by stating that it was a learning experience that improved him. He continued:

“I didn’t get it and then Michael [Hayes] was trying to explain to me what Vince wanted out of the situation and they ended up having to make me and Kofi go out and re-do the match. I remember the feeling when they told me that I was so angry and embarrassed I was ready to walk out and not do it. I was like, ‘Never in my life — never. This should never happen to me!’ It was such a learning experience in retrospect that it’s okay to screw up sometimes, you know? It’s okay to try things and fail and learn from your mistakes and as long as you prove your second time around and don’t make the same mistake twice, like you’re gonna be alright. So it was little things like that for 6-8 months before I really started to figure out who I was.”