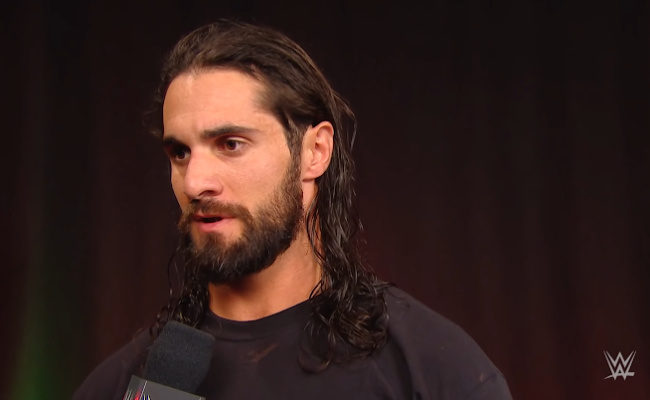 WWE has been touring in Canada this weekend. Seth Rollins was able to make the trip for the WWE live events, but he did not work the events. Fans were naturally worried about this, and it seems it was for a good reason.

Seth Rollins was said to have gone into last week’s RAW banged up, and his injury was not at the hands of Brock Lesnar. According to a report from Post Wrestling‘s John Pollock, Seth Rollin suffered a legitimate injury and won’t be appearing for RAW this coming week as he needs time to recover.

“He is off live events for the time being and not expected to be used on Raw this Monday to recover. We were told that he will only be doing promos with no physicality for the next month on television.”

Thankfully, his injury isn’t serious enough for him to miss Wrestlemania. We will keep you updated regarding Seth Rollins’ injury.