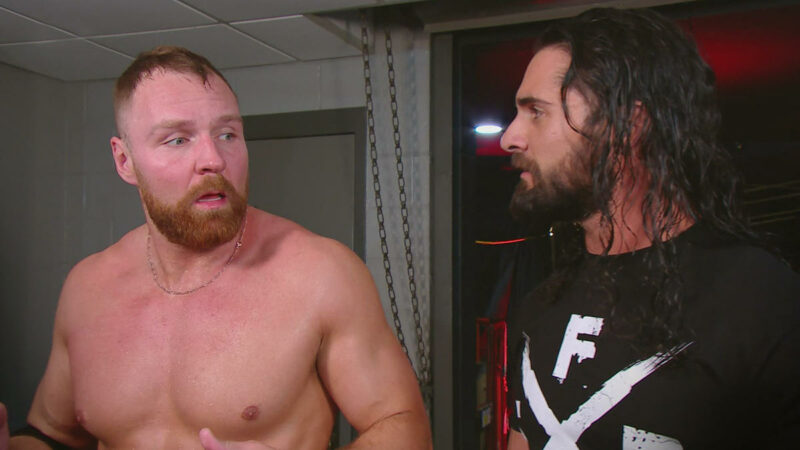 Seth Rollins was spotted backstage attending GCW’s show over the weekend to see his old friend Jon Moxley face Effy in a GCW title match, as seen below.

Seth Rollins is a favorite of Triple H. The former WWE NXT star Eric Young had a great run on the NXT brand under Triple H. Young was the leader of SAnitY. He would eventually be called up to the main roster and subsequently moved to the sidelines until being released in 2020. Eric Young believes that his run would have gone differently if ‘The Game’ was in charge.

Young recently spoke to Jim Alexander of Reel Talker, reflecting on a confrontation he had with Vince McMahon:

“l went to a meeting with Vince to pitch him some ideas and I told him to his face, if you have a three-hour wrestling show and you can’t find five minutes for me to do anything, you’ve failed. You’re a failure (to Vince). I’d say that again to his face, because that’s what it is.”

“The producing, that was a favor to HHH. I wasn’t being used, I was being paid full-time so he said I think you’d be good at it, what do you think about trying it out? Well, I’m there anyway so I might as well. (If Triple H had control at the time) Things would have been way different for me. I would do anything for him (HHH). I’d run through a wall. Help him hide a dead body (laughs), whatever he asked me to do. I respect him that much,” said EY.

Currently, Young is back in IMPACT and serves as the leader of Violent by Design stable.