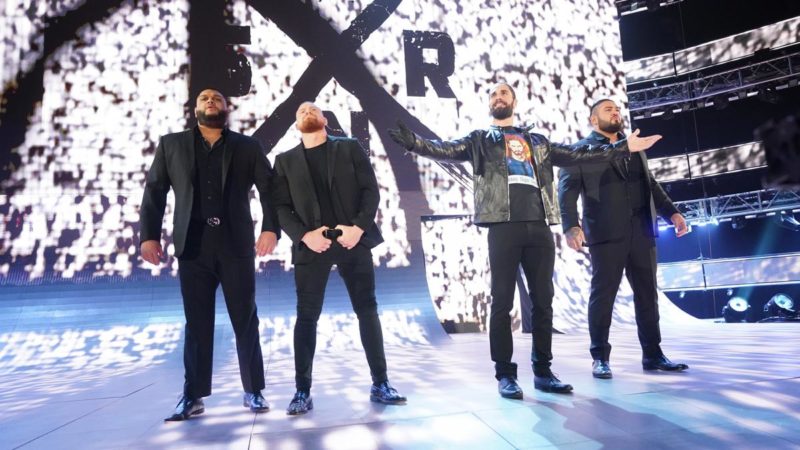 Seth Rollins is scheduled to face off against Kevin Owens at WrestleMania 36. During the buildup for the match, Owens dealt with Rollins and his followers – AOP and Murphy.

Rollins spoke on WWE The Bump, where he praised his stable. Rollins said that his followers helped him. AOP and Murphy have the potential to become established Superstars on their own, but having Rollins with them is certainly a bonus.

“Look, Murphy and AOP – these are guys were really hungry. They’ve been sitting on the sidelines on the Raw roster for quite some time. Murphy clawed his way up to the top in 205 Live, and has undoubtedly, had some great showings in the ring. He was just missing that one little thing, and I think that one little thing was guidance.”

“With AOP, obviously, they’re monsters. There’s no ifs, ands, or buts about it. But, there were also missing that one thing when they came over to the main roster. When they were in NXT, they had Paul Ellering, who was a guiding force towards their direction. I think I – not to compare him to myself – but, I believe I can provide those gentlemen the same type of guidance that Ellering did.”

He also talked about giving his stable a new name. However, due to Akam’s injury, AOP has been removed from WWE television. So now it is just Murphy and Rollins.

“Yeah, I have some ideas [on names]. I’ve had some cool names in the past, so we’ll see where it lands. Maybe, post-WrestleMania. But, I’ve got some things brewing.”

Murphy did not compete at WrestleMania, so Seth Rollins will be facing Owens alone. We will have to see what becomes of his stable.