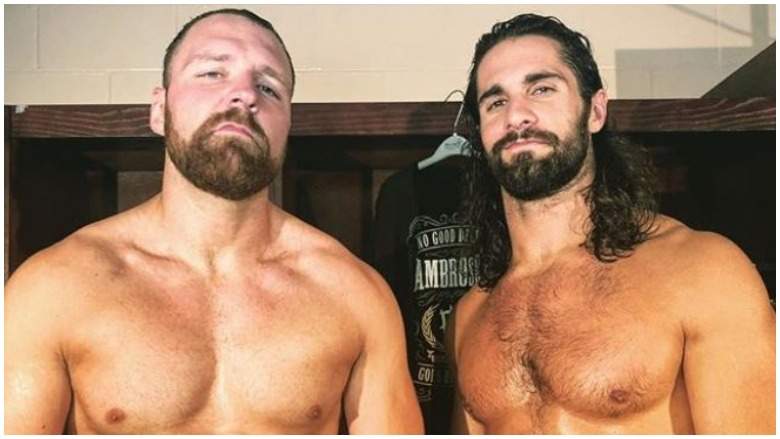 While people have speculated that Dean Ambrose leaving WWE may have been a worked storyline, the reality is that he will be leaving the company at the end of this month.

We may have also seen the last of the Lunatic on WWE TV. While still working house shows and dark matches, he is not scheduled to compete at WrestleMania 35 this Sunday and put over Drew McIntyre for the second time in the past few weeks on the March 25 Raw.

Before going solo for his final months in WWE, Ambrose of course had an emotional reunion with his Shield brethren at Fastlane and Rollins and Reigns have already spoken, albeit briefly, about their brother leaving the company they have all made their names. Seth Rollins in particular has worked alongside Ambrose since their Florida Championship Wrestling days at the start of this decade so will particularly feel the loss. He had the following to say to Cathy Kelley:

“It breaks my heart. I get it, you know. I understand. This place can be frustrating and he’s a guy who ’s been doing it nonstop for f… shoot, 15, 16, 17 years now. And so sometimes, you just need to step away, you know, and take care of yourself. And I wish him luck obviously in whatever he wants to do, and we’re still going to be friends and brothers and I’ll love him for as long as we can, but um, he just marches to the beat of his own drum, man. He’s like a wild animal. Sometimes you just can’t put him in a cage or tame him. That’s just not how he operates.

I know how he feels about his creativity and sometimes when it pulls him in a different direction, that’s just how he’s gotta be. I never imagined the three of us working anywhere else, or not being here at the same time, unless – we’ve all been hurt or sick or whatever it is and had to take some time off. But I never imagined, you know, me and Roman here, or me and Ambrose here and Roman somewhere else, or Ambrose, or me… you know I just never saw it that way. So it’s gonna be weird to come into a locker room and he’s not there and knowing he’s not coming back anytime soon. So it certainly tugs on my heartstrings a little bit, but I support him in whatever decision he’s gonna make.”