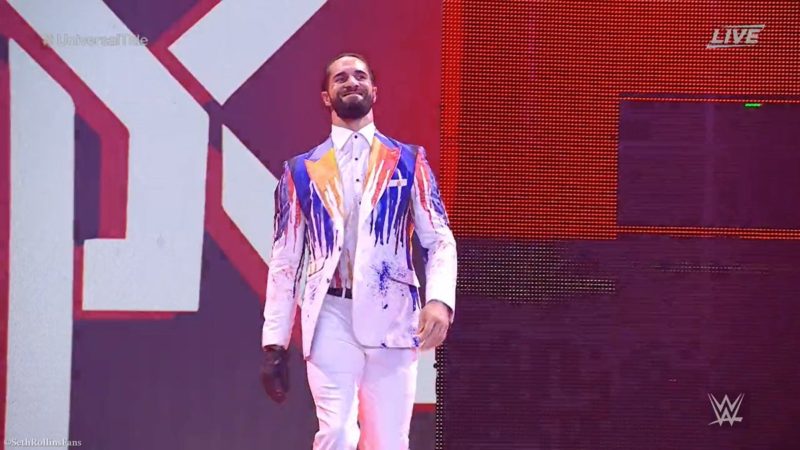 Seth Rollins use a guillotine on the fan who attacked him on Raw, as seen below in a photo. Fans pointed this out when Chavo Guerrero attacked Rollins for allegedly not hitting the fan back.

Remember when the wrestlers were tougher than the fans? Ah, the good ol’ days. 🤷🏻‍♂️

The dude ran straight into a guillotine headlock pic.twitter.com/iOqXarwo6i

The former WWE Champion Bobby Lashley recently made his return on WWE RAW and replaced Dominik Mysterio on the RAW Men’s Survivor Series team. He is one of the locker room leaders and a veteran star in the true sense. Despite, the emergence of many up-and-coming talents in the company, ‘The All Mighty’ believes he doesn’t have competition. Sasha Banks Admits To Asking For WWE Release

In an interview with DAZN.com, Lashley was asked about the current state of WWE and the wrestling business in general:

“I think it’s great right now. I think there’s a lot of competition. I think we’re doing some big things, and we’re moving into a big season for us, with some big news coming around. I think that it’s a good time to be a wrestling fan, and it’s a good time for a wrestler with a good time to step up for everyone. Everybody always says competition is good. I don’t think really we have any serious competition. But the fans like it, the fans like the fact that there are other things going on that forces us to step up.”