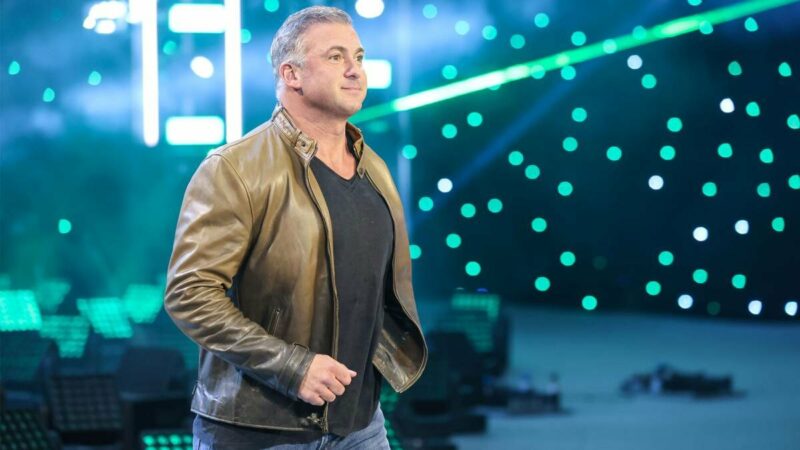 The former Hit-Row member B-Fab recently recalled WWE RAW Underground concept, which was previously introduced by Shane McMahon back in the pandemic era. The global pandemic allowed for the opportunity to innovate and as such, WWE and other promotions took an opportunity to try new ideas that may help the growth of the industry moving forward out of the pandemic. Shane McMahon was also outraged by Triple H backstage.

One of those attempts at a new creation was the Raw Underground concept that briefly existed during the third hour of Monday Night Raw in the summer of 2020. It was hosted by Shane McMahon and the show took a Fight Club kind of approach to Monday Night RAW and briefly featured names like Commander Azeez, Omos, and others while NXT recruits surrounded the fight area. The show ran for eight weeks starting from August 3 to September 21.

B-Fab recalls being offered to co-host with Shane McMahon

One of those surrounding names was B-Fab. In a new virtual Q&A with K&S WrestleFest, Briana Brandy talked about her brief time as part of RAW Underground and being picked as a potential co-host for Shane McMahon right away. She recalled how it was quite surprising for her to get picked up and described the conversation with Shane. She further elaborated her experience working with Shane O Mac:

“I got to do a co-hosting moment for that. It was only on TV for like a month or whatever. I literally got picked right on the spot. I was just there to be part of the audience who bangs on the ring on the side and there in the crowd. Shane comes up to me and goes, ‘Hey, how comfortable are you on the mic?’ ‘Super comfortable.’ ‘Okay, cool, I might need a co-host for this. Be ready.’ I wasn’t expecting this to happen. Maybe in a couple of weeks, they would tell me to do it or whatever. Five minutes later he comes back and is like, ‘you ready?’ ‘Right now?’ ‘Yup. Let’s go. Think of some questions to ask Braun Strowman, interview style, and let me know what you got.’ It was right on the spot. It was so amazing and so fun. It happened that week and then the next week they ended up shutting it down. It was a lot of fun being there. Everyone was going so hard. I thought people were going to get hurt, like the wrong way hurt, because they were going so hard. There were no ropes, they were just doing brawl style. It was really intense.”

She went on to become a part of Hit Row on NXT less than a year later. But after a brief run, she was released by WWE in November last year. We will have to see what the future holds for him.