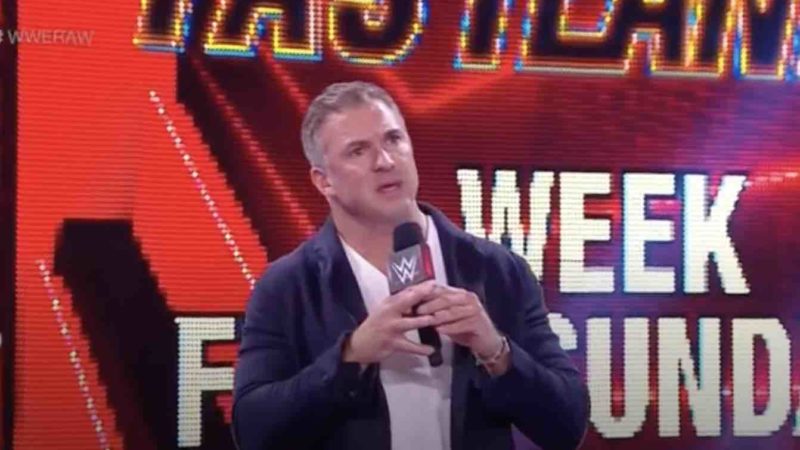 Seth Rollins was originally set to feud with Shane McMahon on the road to WrestleMania 38 as per a new report that came out after last week’s edition of Monday Night RAW.  Previously, it was noted that WWE Chairman Vince McMahon removed Shane McMahon from RAW.

Dave Meltzer during his weekly appearance on the Sunday Night’s Main Event podcast talked about the big news in wrestling this week. Meltzer went on to recollect what went down with Shane McMahon last weekend at the Royal Rumble and he noted that Shane was furious when Seth Rollins was pulled from the Royal Rumble match.

At Royal Rumble, ‘The Messiah’ had unsuccessfully challenged Roman Reigns for the WWE Universal Championship in the opening contest of the night. Rollins defeated Reigns via DQ, thus failing to win the title.

Here is what Meltzer said:

Meltzer continued, “So then it was going to be [that] they would shoot the angle at the Chamber. By that point, Vince was just like — when [Shane] wasn’t on TV Monday night I thought something’s weird here. I didn’t know he was in the Chamber match but I assumed he was at the time because I knew he was on the show. And I just figured he would be in that match and then later I found out [that] yes, he was in the match and pulled from the match, pulled from Wrestlemania, he’s done. And it was like wow. It’s a big story for sure. I mean, the whole week, you know, Brock, Ronda, and Shane, a lot of big stuff.”

Meltzer also spoke about how WrestleMania plans for Seth Rollins have changed more than once.

“The Seth thing is weird, because, you know, you got to remember originally, Seth was going to be champion at Mania…and that got switched when Reigns got the virus and they put the title on Brock, you know, so Seth has gotten screwed twice now..he’s getting paid the same amount either way.”