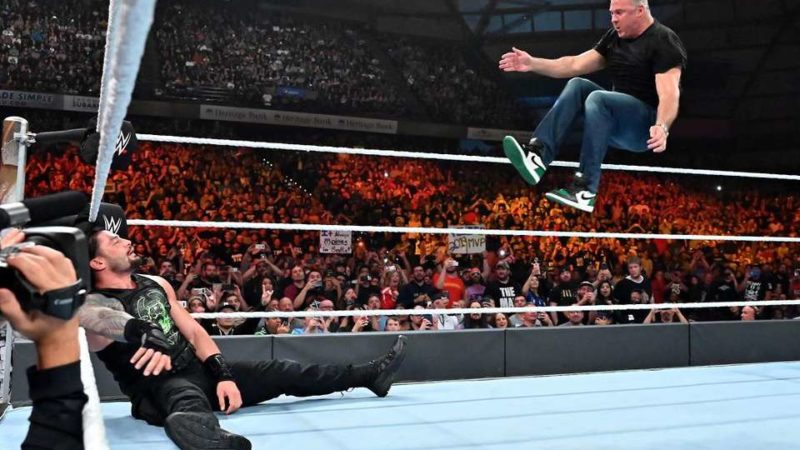 Shane McMahon might have gotten hurt at WWE Stomping Grounds. He interfered in the match between Drew McIntyre and Roman Reigns.

During his interference, Shane hit a Coast To Coast on Reigns, but he didn’t quite land it properly. According to  Brad Shepard, McMahon might have really hurt his hip due to messing up the move.

A source in #WWE told me that Shane McMahon messed up his hip on the coast to coast.

McMahon would go on to continue the other spots that were planned for the match, but he is no stranger to carrying on with pain.

It is also noted that  Roman Reigns vs Drew McIntyre and Shane McMahon was made official for the upcoming episode of Monday Night RAW. So we will know whether Shane is actually hurt or not.

A source in #WWE told me that Shane McMahon messed up his hip on the coast to coast. #WWEStompingGrounds