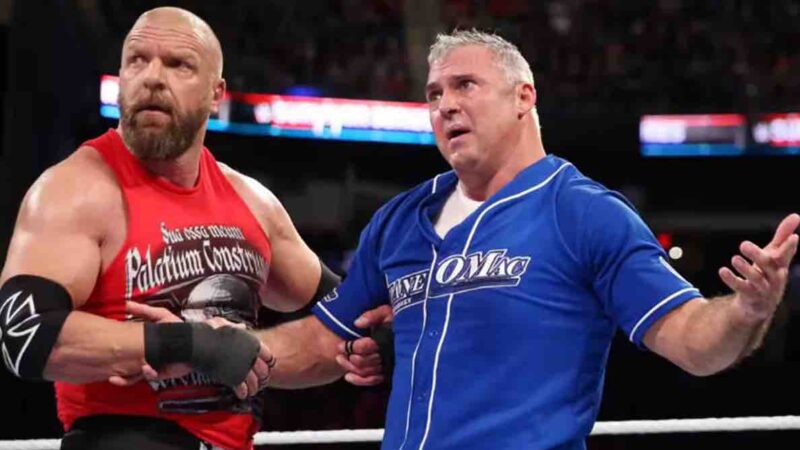 Shane McMahon discussed Triple H and Stephanie McMahon on WWE Evil, and the rumors of him having tension with them.


He discussed them getting together, “Behind the scenes they started to have real feelings for one another.”

Shane added that ‘nobody knows’ the real dynamic between him, Triple H, and Stephanie at family events like Christmas, and he likes it that way, especially when it comes to the onscreen product.

Aliyah has been a part of the blue brand since 2021. The Canadian native was drafted to SmackDown as part of the 2021 Draft, but she hasn’t been around much in recent memory.

Mantell was on this week’s episode of Smack Talk with Rick Ucchino and Sid Pullar III to review the latest episode of SmackDown. It saw the debut of Raquel Rodriguez(formerly Gonzalez in NXT) and also the return of Lacey Evans. The former manager stated that Raquel Rodriguez looked impressive on her SmackDown debut. He added that the addition of Rodriguez and Evans further bolstered the women’s division in WWE.

Here’s what Mantell had to say:

The panel suggested that Rodriguez and Evans joining the roster did not bode well for some SmackDown stars like Shotzi, Aliyah, and Xia Lee. In response, Mantell pointed out that Aliyah looked like she was nervous during her matches.

“Aliyah, she’s greener than grass. Even though she’s been in the warehouse for seven years. You can tell she’s timid. She doesn’t know where to go, or what to do. She stutters steps. Maybe she just didn’t catch it or learn it. Or maybe she’s nervous. But wrong time to be nervous right now when you’re up with the A-Team.”