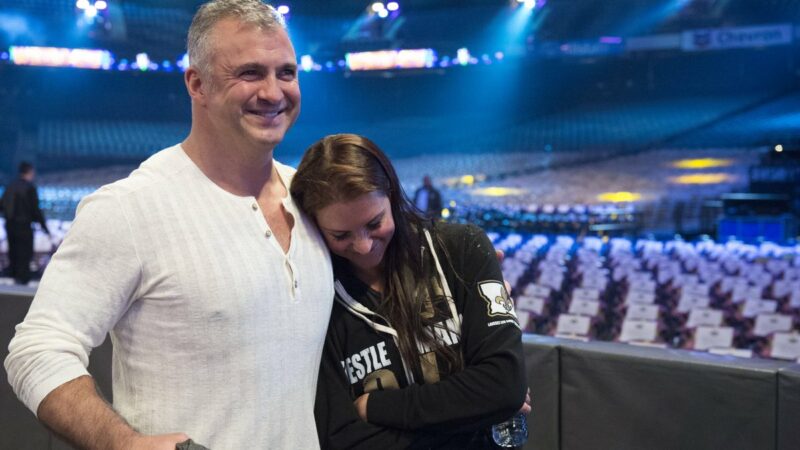 Stephanie McMahon recently made an announcement that shocked the WWE fans. She had revealed that she is taking a hiatus. Steph announced that she’ll be taking a “leave of absence” from WWE. Announcing on Twitter, Stephanie wrote the following statement that she’ll be stepping down from the majority of her responsibilities in WWE to focus on her family. She also added that she’s looking forward to returning. It has now come to light that several internal members of the company doubted her abilities in the role of WWE Chief Brand Officer.

Stephanie McMahon hiatus might be a way to disconnect the McMahons

During a special edition of “We’re Live Pal,” Andrew Zarian, Dave Meltzer, Bryan Alvarez, and Garrett Gonzalez talked about Stephanie McMahon’s leave of absence and the stories going around about her decision to step away. Andrew Zarian proceeded to address the situation and stated that he had a conversation with someone high up, revealing that McMahon’s abilities were actually questioned internally and also by investors.

Zarian had also said that the person used “buzzy” terms to him and those were terms that they wanted him to use in regards to leaking the story. Zarian pointed out how Nick Khan is now a senior executive in WWE because of how many office people have been let go. He then speculated on why his source would want the story out with the certain buzzwords used. There is a possibility that Nick Khan might be trying to disconnect McMahons from the company.

“So you could see that this is a big change. But now the big story is okay, so why would that comment be made? There’s a reason for it. You know, you can speculate all you want. Is it to disconnect the McMahons from the company a little bit so if there is a sale positioning, it’s easier on the audience, maybe? … Or it can easily be, you know, get the stories out there to make it easier to change that old guard in our company. I was really surprised, and I hear some wacky things from there from people like crazy, crazy things. I was really shocked to hear that this conversation would happen.”