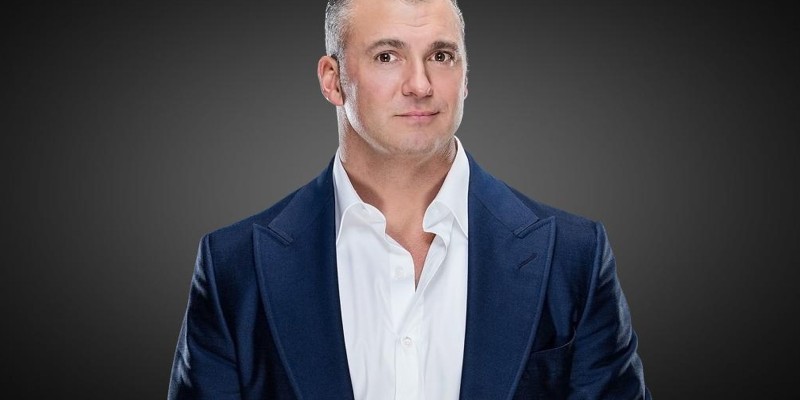 WWE SmackDown Live Commissioner Shane McMahon was recently interviewed on The Cheap Heat Podcast, and you can check out the highlights here:

On if he’d wrestle another match:

“If it’s the right scenario, I’m pretty much healed up from WrestleMania, but I’ll tell you what. At 46 [years old], it takes a whole lot longer to heal and get ready. But again, if everyone, if they want it, and if it’s warranted, then absolutely. I can dust off my stuff again and go after it. It’s a thrill.”

On the 2001 King Of The Ring street fight between Shane and Angle:

“I was very proud of the match, first and foremost. [I] got in there with an amazing talent, which was Kurt and we went after it. One of the things that I always try to do is, I always try to go out and give my absolute best and I approach everything that this is my last match and I always did it that way. So, again, growing up in the [professional wrestling] business and seeing so many of the greats and truly witnessing amazing matches, I always hoped in my mind that I’d have an opportunity to even scratch the surface and even attempt to have one of those matches. So that’s how I approached every single thing, every match that I’ve ever done. Some click more than others, but Stan Hansen said at the [WWE] Hall Of Fame you need great opponents. And right story, Kurt and I clicked, and we went after it. And, again, I am very proud of the match.”

On if Angle could make a WWE comeback:

“I don’t know enough about Kurt over the last several years. I don’t know where his health is or any of those issues. But again, if you rewind the clock and go back to the time we had with Kurt Angle and I at The King Of The Ring. Personally, I’d love to do that again. I’d give that a shot. But again, sometimes the business, as we get older, unfortunately, in the business, the brain will say ‘go’ and the body will say ‘no’. And at some point, there’s a time you just have to pick a different path.”