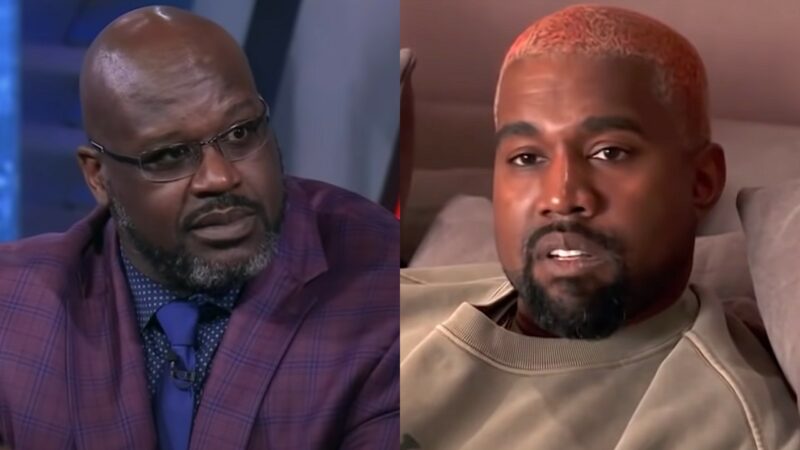 NBA legend Shaquille O’Neal recently got entailed in a social media war with Kanye West, but the 50-year-old basketball legend was able to stay above the fray due to his commitment to keeping his mother happy.

The brief back-and-forth began when O’Neal addressed Kyrie Irving’s recent controversy on TNT’s Inside the NBA. O’Neal called Irving, who has been criticized for promoting a film widely regarded as antisemitic, an “idiot,” adding that the Brooklyn Nets point guard isn’t “conscious” and doesn’t care who he offends.

In response, West, 45 — who has also recently faced accusations of antisemitism and been dropped by several high-profile brands — criticized O’Neal’s business dealings with Jamie Salter, suggesting the NBA Hall of Famer is being duped by the Canadian billionaire and owner of Authentic Brand Group, a brand development and marketing company.

Shaq kept things “classy” in a final tweet, advising the rapper to get his family business in order and “have a great day.”

“If I make a statement, I have the ability to travel through time and watch my mom as she watches it on TV,” O’Neal tells PEOPLE of the familiar voice in his head that keeps him out of trouble. “So I don’t say [what I really want to say] because she’d get upset. She’d say, ‘Baby, stop it.’ “

O’Neal was raised by his mother Lucille and stepfather, Sergeant Phillip Harrison. He credits the latter with a strict disciplinarian style that dissuaded him from fighting as a child and ultimately made him a great basketball player — but he says he never failed to grasp the meaning behind his mother’s disapproving looks:

“From 9 through 17, there were a lot of frowns.” People are lucky she’s still on Earth,” O’Neal continues, “because if she wasn’t here, I’d be f—ing reckless. I really would.”