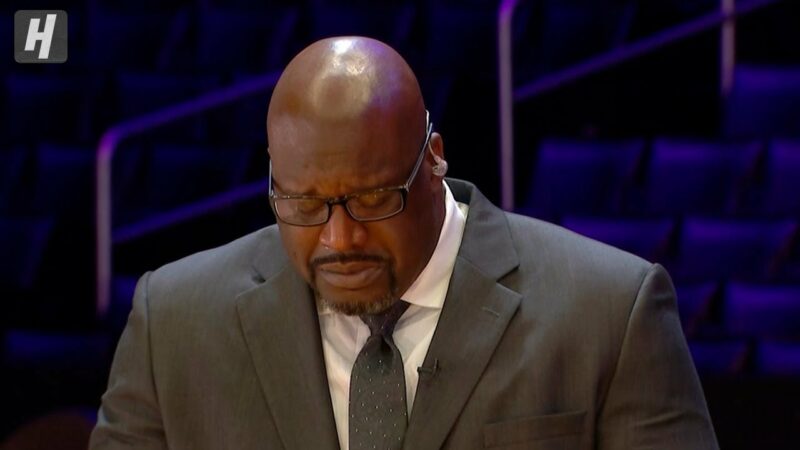 NBA legend Shaquille often grabs the headlines for his antics. During NBA on TNT Tuesday’s Shaq went nuclear on Tuesday night after he lost a game of Celebrity Jeopardy to his fellow analysts.

Following the NBA on TNT’s second game of their doubleheader between the Philadelphia 76ers and Los Angeles Clippers, O’Neal and his crew decided to play a game of Celebrity Jeopardy! O’Neal, Candace Parker, and Jamal Crawford competed in the trivia game as they stood behind their own personal desks in their Atlanta studios. NBA on TNT Tuesday’s host Adam Lefkoe played the role of host of the game show. After Crawford dominated both O’Neal and Parker, O’Neal had a chance to win Final Jeopardy! The question he needed to answer correctly was about an ancient Chinese leader.

“For his tomb, Chinese Emperor Qin Shi Huang commissioned 8000 statues made from this material,” Lefkoe said and didn’t even attempt to produce the former emperor’s name.

O’Neal thought he hit the buzzer in time, but Lefkoe gave the floor for Crawford to answer. An annoyed O’Neal punched the dry-erase board and even attempted to headbutt it, but it did not break. After a bit of an awkward back and forth, Crawford conceded and let O’Neal answer. O’Neal played college basketball and Louisiana State University, and Crawford reminded him of that.

“You didn’t go to Michigan; I ain’t worried,” Crawford added.

Shaq finally answered and said, “green marble,” which was the wrong answer.

“Slice, what is it? Green marble, what’s it called?” O’Neal asked one of the producers to give him an answer in his ear.

After Shaq conceded, Crawford buzzed back in and answered the question right.

“What is terracotta?” Crawford asked.

After Lefkoe told him that answer was correct, O’Neal lost his mind and smashed the white dry-erase board against the desk three times, breaking the board into four pieces.

Parker laughed hysterically after watching the big man smash the board in frustration.