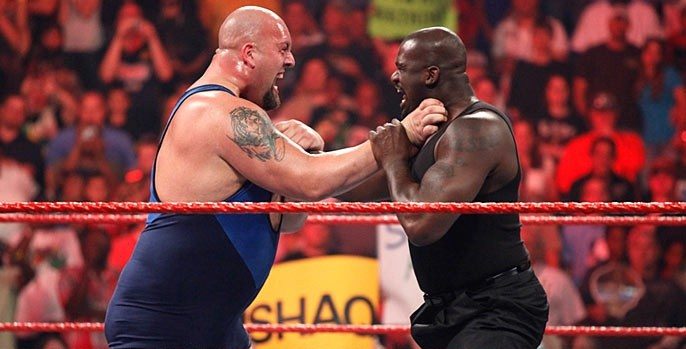 Prior to WrestleMania 33, there were reports of WWE planning a match between Big Show and Shaquille O’Neal but the company ultimately decided against it.

While no official word came out on why the match fell apart, during an interview prior to the Show Of Shows in 2017, the former World Champion claimed that Shaq had gained weight and described it as the reason for the match’s cancellation.

Though now it appears that the talks of this bout are not completely dead just yet and during a recent interview with Chris Van Vliet, the retired basketball player teased the fight again:

“Is he going to be fighting? Is he retired? I thought he retired? You lied to me, Big Show? When is it? Next April? I got enough time to get these back up. You ready for that, Big Show? I don’t think you are. Can’t squeeze that, can’t squeeze the rock can ya? I’ll think about it.”

Would you like to see Shaq O’Neil going against Big Show at the next WrestleMania? Let us know your thoughts in the comment section.