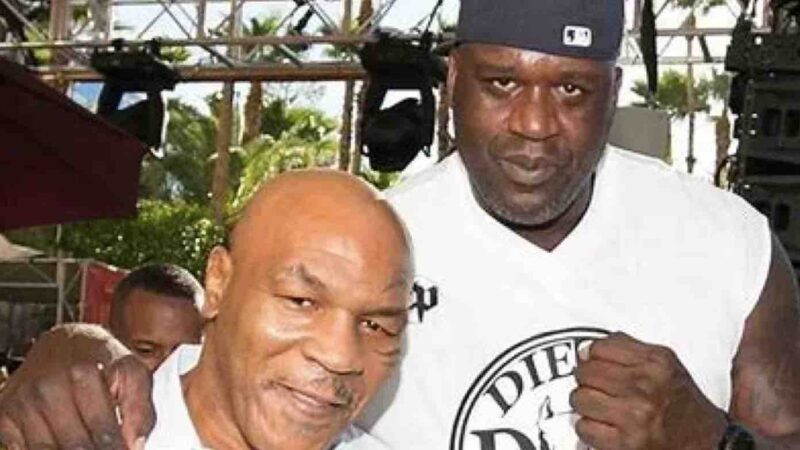 NBA legend Shaquille O’Neal was one of the highest-paid players during his playing days. He is certainly one of the greatest players of the sport. He made a whopping $292 million in salaries and enjoyed his luxury. However, a car salesman once mistook O’Neal’s position due to his choice of clothes.

It has come to light the 15-time All-Star spent $1 million in a matter of minutes. It was done to show a Bentley salesman he doesn’t have a problem owning the luxurious car. As Shaquille O’Neal started playing for the Los Angeles Lakers, he lived a lavish life. He would visit luxury car dealerships to add to his car collection. But on one of the days, he came across boxing legend Mike Tyson. The heavyweight great was there to buy a few Bentleys. Likewise, Shaq’s interest peaked. The Big Diesel asked the salesman about the price. However, looking at his tank top and shorts, the seller had his doubts.

O’Neal took it personally. Having one of the greatest athletes watching, the Big Diesel purchased three of the lavish wheels on the spot. He said:

“Mike Tyson was in there buying a couple of Bentleys. I had on some shorts and a tank top and flip-flops, and I said to the salesman, ‘Sir, how much does this one cost?’ He said, ‘Can you afford it, sonny boy?’ I was so upset that I bought three Bentleys right there on the spot.”

After the NBA, Shaq’s legendary car collection has only extended. Shaquille O’Neal didn’t shy away from his dream cars, customizing Ferraris and Lamborghinis, the Big Diesel has them all.