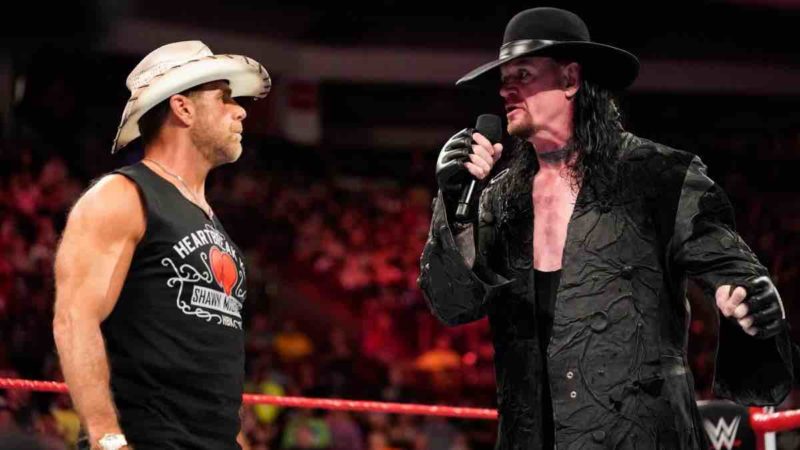 Shawn Michaels acknowledged that he and Undertaker were past their physical primes when they wrestled at WrestleMania 25 and 26, but they still found a way to perform two of the greatest matches of all time and he has no regrets.

Michaels told Sports Illustrated, “Your age, that number, it drives you. Before that match, Undertaker and I acknowledged that people on the card were younger, faster and even better, so we tapped into our strength. We harnessed experience, 20 years of a backstory, and focused on what we did best.”

Undertaker recently told Joe Rogan why he kept coming back for more WWE matches, “I was looking for that one match where I could say: motherf*ckers, I still got it, I’m out. There were lots of conversations.

There were people I talked to along the way through my career where I said, ‘look if I get to a point where my skills have diminished and I can’t recognize it or at least bring the conversation up.’ It got to the point where nobody wants to have that conversation, I put a big burden on people. They just couldn’t do it.”

Shawn Michaels first retired after WrestleMania 26 in 2010, but came back to team with Triple H against Undertaker and Kane at the disastrous Crown Jewel 2018 in Saudi Arabia. Undertaker retired last year after facing AJ Styles at WrestleMania 36.