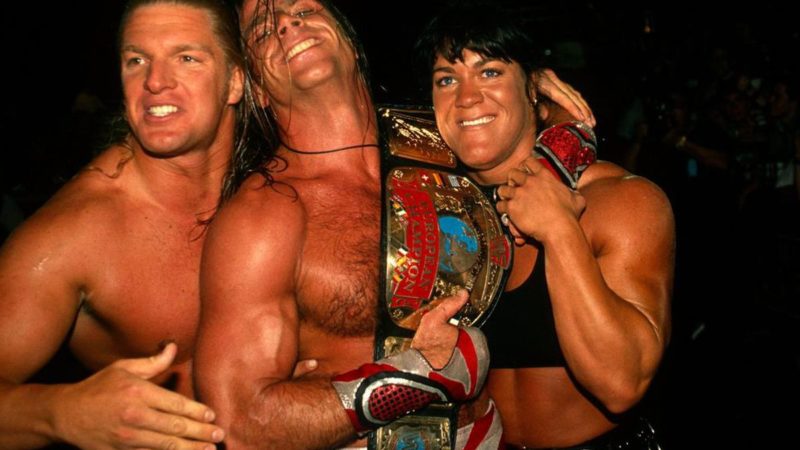 The first entry into this year’s 2019 WWE Hall of Fame class was the incomparable faction, D-Generation X, which of course included Joanie “Chyna” Laurer.

The consensus amongst many has always been that Chyna should have received the accolade while she was still alive, however her post-WWE non-PG career and chequered past with Triple H and the McMahons, mainly Stephanie, seemed to detract WWE from taking the plunge.

With that said, after next Saturday Chyna will be a WWE Hall of Famer, and many are hoping it is the first step toward her being inducted on her own. Her former colleague and DX stable buddy, Shawn Michaels, is one of those and had the following to say to ComicBook.com:

“I mean not that I get a vote, but if I did I certainly would vote for her. That’s obviously up to people a lot more powerful than me to make those decisions, but yes, do I think she’s deserving of it? You bet, any day of the week and twice on Sunday. If this is a gateway to that, or opens the door to that, you certainly wouldn’t get any argument out of me, that’s for sure.

I would argue I don’t think there’s anybody that’s been quite like her since. For that time, and in the role we had her in, it was so just incredibly innovative. I can remember way back when Hunter and I were talking and thinking about how awesome it would be to be able to have this big, huge, awesome-looking bodyguard but have it be a woman. And she’s protecting the guy. And my goodness, that was a really tough sell back then, and it took a lot longer than we thought it would, but man when she did it it worked like a million bucks. Of all the people in this group, and D-Generation X as a whole is deserving, but I don’t think there’s anybody that would argue that Joanie is not the most deserving of [an induction].”

Good support from a WWE Hall of Famer, but will it convince WWE to give Chyna her own spot?