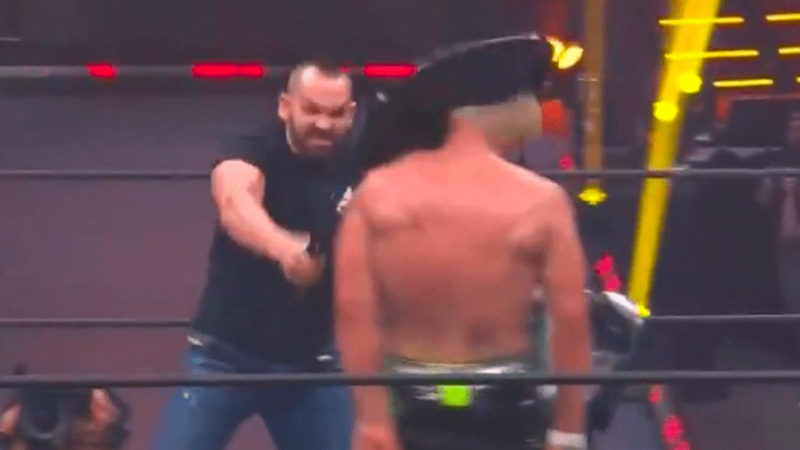 
Ryan Satin of the Pro Wrestling Sheet reported on Twitter that in the post-show conference, AEW revealed that the spot was “gimmicked” and not legitimate. However, Satin notes that something must have gone wrong during the whole spot which led to Rhodes being busted open so badly.

During the post-Fyter Fest media scrum it was stated that the chair Cody got hit in the head with was “gimmicked,” but something must have gone wrong.

Based on these screengrabs, it appears as though he got hit in the back of the head with the bottom of backrest by accident. pic.twitter.com/iy0Lmz32eW

Either way, unprotected chair shots to the head like this one are seldom a good spot to have. A decent amount of fans have also started condemning the promotion over this spot on various social media platforms.

Not a fan of unprotected chair shots to the head. https://t.co/Dr5BF1FLdB

Watching @CodyRhodes take that chair shot made me sick to my stomach. It was one of the best decisions WWE made to ban chair shots to the head. Please follow suit @AEWrestling