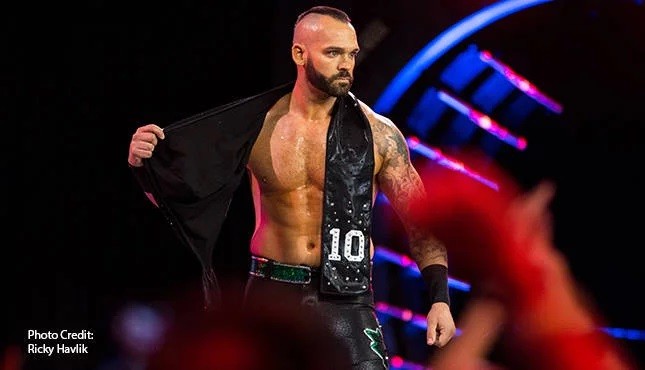 All Elite Wrestling superstar Shawn Spears FKA Tye Dillinger departed from WWE in early 2019 and later in the year, the former WWE fan-favorite would go on to sign a deal with AEW.

While recently speaking to WrestleZone, Spears revealed how happy he is with AEW despite some people criticizing him of the fact that he is not being used properly and regularly under Cody Rhodes and Tony Khan’s promotion.

The former WWE superstar further highlighted the following tweet, claiming that he is certainly enjoying his time at his new home:

How you feel about you, is ALL that matters. https://t.co/qRrlYgtgLZ

The tweet saw a response from a fan who pointed out the fact that Spears is seemingly doing nothing noteworthy in AEW, as he took a shot at the former NXT sensation for getting paid to do nothing in WWE but being happy in the same position with AEW.

As seen above, Spears eventually replied to the fan by listing down the reasons that have made him happy in his current position with AEW, as he stated that he runs a school four times a week, is allowed to do meet-and-greets anywhere, and is also able to spend some quality time with his family, as well.