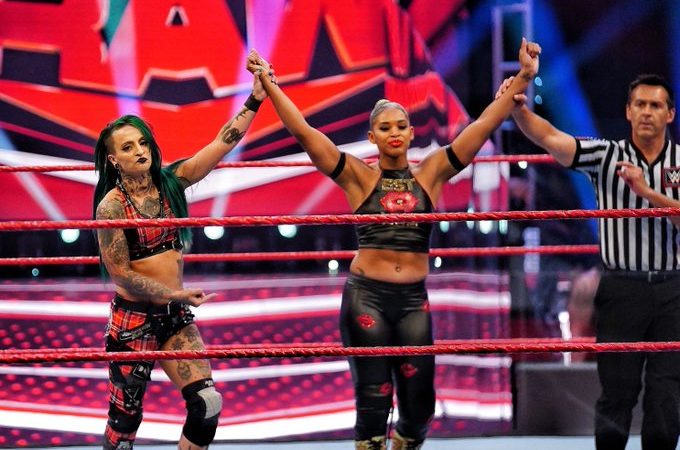 In 2020, WWE called up several Superstars from NXT to the main brands. Shayna Baszler and Bianca Belair, two of the highlights of NXT, were brought to Monday Night RAW.

However, both have been heavily underutilized on Mondays. After her feud with Becky Lynch ended, Baszler looked to capture the Money in the Bank briefcase. She failed to do so and hadn’t been seen since.

Bianca Belair debuted on RAW all the way back in April. However, since then she’s mainly been seen on Main Event. Tonight, both Superstars returned with a vengeance.

Bianca Belair joined Ruby Riott in a tag team match, leading to the duo knocking off the IIconics. Belair dropped Billie Kay with the K.O.D. to pick up the win.

Shayna Baszler made an impact in her own way, running through a group of Akira Tozawa’s ninjas. She terrified both Akira Tozawa and R-Truth as well, forcing them to leave. Baszler then made quite a statement, threatening the WWE RAW women’s locker room.

The only thing you see, you know it's gonna be…the #QueenofSpades is here on #WWERaw!@QoSBaszler just issued a WARNING! pic.twitter.com/Z3k5sfAiw4

With both Bianca Belair and Shayna Baszler back to stay, RAW’s women’s division has just gotten a much needed shot in the arm.