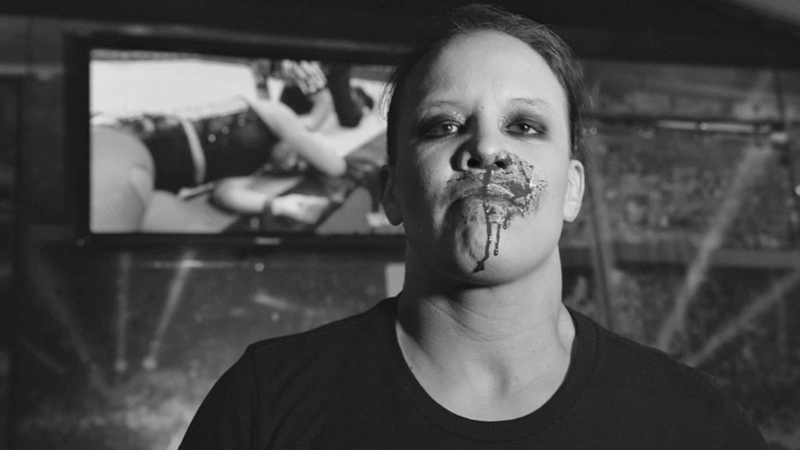 The Queen of Spades is finally on RAW.

As seen on this week’s episode of RAW, Becky Lynch successfully defended her RAW Women’s Championship against Asuka. However, after the match was over, Shayna Baszler showed up out of nowhere and attacked the Man.

Baszler entered the ring and took down Lynch. Baszler then took off her mouthpiece and bit Lynch in the back of her head.

Baszler kept that going for a few seconds before letting Lynch go and revealing her bloody mouth, indicating that she “bit” some part of Lynch’s skin off.

♠ SHAYNA CAME TO PLAY. ♠@QoSBaszler is on #Raw making a STATEMENT at the expense of @BeckyLynchWWE! pic.twitter.com/YWadnRnNpB

Baszler then proceeded to walk away with a bloody mouth and a grin on her face. Multiple officials then tried to look into Lynch’s wounds but the Man constantly kept saying that she was fine.

We’d been reporting over the week that Baszler was expected to become a RAW regular moving forward. We’d also reported that plans of a potential WrestleMania match against Becky Lynch were in the works.

Both of these reports have now been confirmed with Baszler’s attack on Lynch.