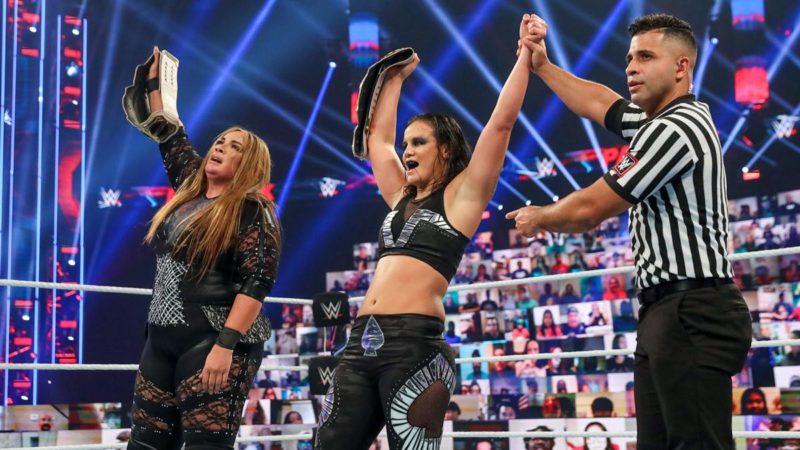 WWE Payback was a night of memorable moments and intense matches. Several fans were puzzled as to why WWE changed the WWE Women’s Tag Team Title match, but it saw the titles changing hands.

Bayley and Sasha Banks defended their titles against the newly formed team of Shayna Baszler and Nia Jax at WWE Payback. The Golden Role Models faced their most formidable opponents yet.

It was an intense match from start to finish with a lot of back and forth action. The closing moments of the match saw Banks and Bayley seemingly having an advantage on Shayna Baszler. Baszler then had her leg lock hooked on Sasha, when Bayley tried to break up the submission attempt.

However, it did not go the way she intended as Shayna locked in a chokehold on Bayley at the same time, using Banks’ arm as assistance.

Despite a lot of struggling, Bayley ultimately tapped out. Thus, Shayna Baszler and Nia Jax are the new WWE Women’s Tag Team Champions.