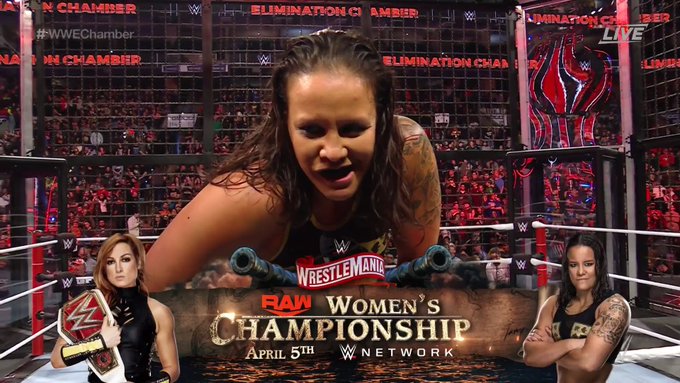 The Women’s Elimination Chamber featured the likes of Ruby Riott, Liv Morgan, Natalya, Sarah Logan, Asuka, and Shayna Baszler. These six women battled to determine who would go on to face Becky Lynch for the RAW Women’s Championship at WrestleMania 36.

However, as soon as Shayna Baszler walked out of her pod, she asserted total domination over all the other women. Baszler eliminated Sarah Logan and Ruby Riott within a span of a single minute and went on to unleash hell upon others.

In the end, it all came down to Baszler versus Asuka. The two women battled fiercely for quite a few minutes, both unwilling to stand down.

But Shayna Baszler managed to put Asuka in a vicious submission hold which made the Tag Team Champion pass out. Hence, Baszler’s hand was raised and she will now head to WrestleMania 36 to face Lynch for the title.