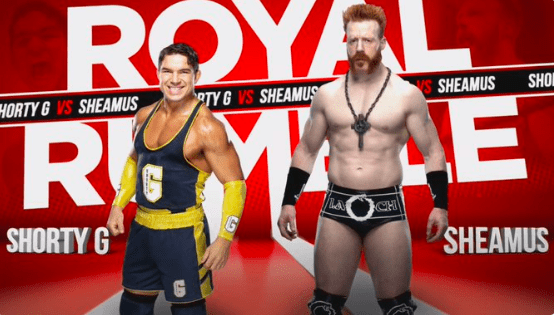 As seen on this week’s episode of SmackDown, Shorty G and Sheamus got into a heated argument in a backstage segment. The Celtic Warrior kept talking trash about Shorty G’s height and ended it with a pat to the head.

However, the head pat was when Shorty G reached his breaking point and took down the Celtic Warrior. The former Chad Gable kept throwing punches at Sheamus and eventually the two men were separated.

Shorty G walked away and a frustrated Sheamus took out a catering table placed next to him. Later on, it was announced that the two men will now be able to settle their feud at Royal Rumble when they face each other in singles action.

Shorty G can only take so much head-patting before he SNAPS!