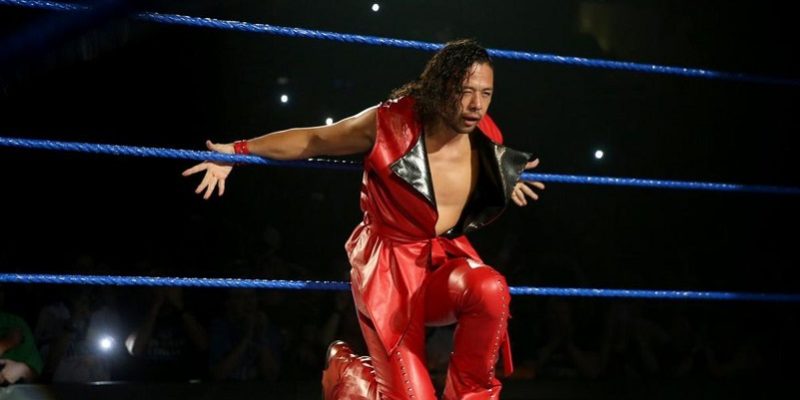 Former US Champion Shinsuke Nakamura is busy doing promotion in Japan for his upcoming match against Seth Rollins for the Universal Title at the WWE Japan live event on June 28. He spoke to J Sports, where he talked about his position in the company.

The former NXT Champion said that his role is “up and down,” but he’s still pushing forward:

Since I became a professional wrestler when I was 22 years old, I was able to come here without looking back. In 2015, there was a feeling that I had done [everything] in the Japanese ring, and I still wanted to keep trying. As the next step, we aim to raise one step further, and take one step to the area we have not touched before. The place for the challenge was WWE. Even now, the situation changes daily, and my position is up and down everyday, and I am living with it.

Nakamura also left a message regarding performances in Japan.

Last year I had a big blunder of being bitten by a dog, so I look forward to standing in the ring and fighting in front of you this time. Last year I heard that a crutch cosplay fan came to the venue, so please make a great appearance even in this year’s countries and let the world go wild and enjoy the WWE game (lol). There are also people who participated in the event and cosplayed to Wrestle mania, which is very exciting not only for me but also for other players, I’m simply happy. I am very much looking forward to the Seth Rollins game in Japan and the Robber Ruud game. So I want to prove my worth in a single. Thank you for your support.

Nakamura is currently in a tag team with Rusev, but neither of them has been seen on TV for a long time now.

H/T to Fightful for the transcription.