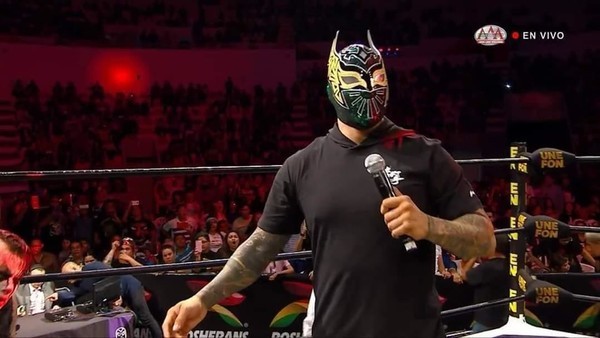 Sin Cara was finally granted his release by WWE recently. He is under a 90-day no-compete clause, but he made an appearance at a recent AAA event.

During Guerra De Titanes, Sin Cara appeared and helped Pagano. The crowd in attendance cheered him on as he thwarted the heels. It is interesting to note he kept his WWE name.

While he did not compete in a match, he did perform Lucha manoeuvres when he saved Pagano. He cannot compete anywhere until March 8th.

According to Dave Meltzer, AAA did not have any kind of deal with WWE to allow them to use Sin Cara’s name. It is unknown what WWE will do next.

Regarding Sin Cara using that name in AAA last night at Guerra de Titanes, there was no deal worked out with him or WWE to be allowed to use the name. He was on a 90 day non-compete.  We’ll see how this transpires.