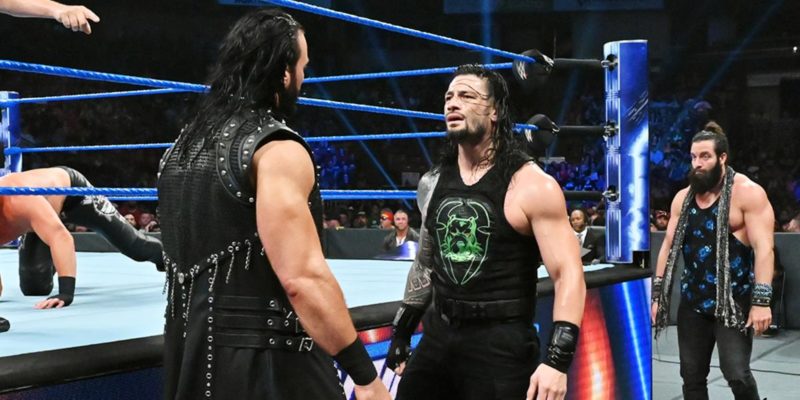 After a slight increase in the audience post the Stomping Grounds PPV, SmackDown is back on track of declining ratings with another small decline in the audience for the Extreme Rules go home episode of the show.

This week’s episode of SmackDown Live with singles match between Roman Reigns and Dolph Ziggler for the main event drew a total of 1.853 million viewers.

In comparison, last week’s episode of the show with a tag team match between Kevin Owens & Dolph Ziggler and Heavy Machinery had drawn 1.890 million viewers.

With this rating, SmackDown made another record for low ratings as it was the third lowest SmackDown Audience for a nonholiday first-run episode of the show in history.

It’s worth mentioning here that Monday’s Raw also saw a decline in ratings and it averaged at 2.352 million viewers, which was down from last week’s 2.496 million viewers.