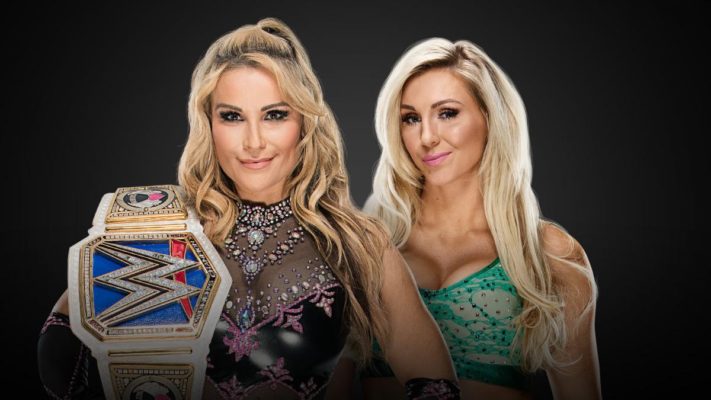 Charlotte Flair made her return to SmackDown tonight and cut an emotional promo about how difficult the past six weeks have been for her and her father. Charlotte stated that life is fragile and that she is going to make every moment count from now on.


"From here on out, I'm going to make every moment as big as possible for me and my dad!" – @MsCharlotteWWE #SDLive pic.twitter.com/MUmjDo6gUO

Charlotte said that she was glad that Natalya interrupted her because she wants a shot at the title. This then led to Becky Lynch, Naomi, Tamina and Lana coming down to the ring. Becky, Naomi and Tamina demanded a shot at the SmackDown Women’s Championship as well. SmackDown General Manager came down to the entrance ramp and announced that there will be a Fatal 4-Way in the main-event to determine who will face Natalya for the SmackDown Women’s Championship at WWE Hell in a Cell on October 8th.

.@NatByNature clearly isn't happy about tonight's #Fatal4Way Match. She'll be clutching her #SDLive #WomensTitle all the way to #HIAC… pic.twitter.com/5cqtmDyVFi

Charlotte wound up winning the Fatal 4-Way to close this week’s episode of SmackDown. Charlotte connected with a big boot to Tamina’s face for the pinfall victory. Charlotte was visibly emotional in the ring after the match and celebrated in the ring as Natalya watched on a monitor backstage.

Hell in a Cell match