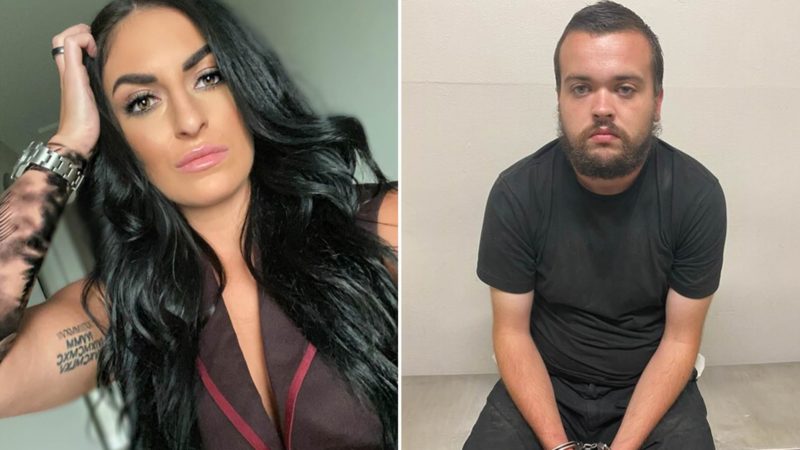 The man who broke into the house of Sonya Deville in Lutz, Florida early on Sunday has been identified as Phillip A. Thomas II, 24. He confessed to driving down from South Carolina with plans of kidnapping her.

Deville has since filed a court petition seeking stalking protection, in which she has described the encounter she had with him.

Sonya Deville recollects the night of the break-in

According to a report by Tampa Bay, the WWE Superstar woke up when her security alarm went off at 2:41 a.m. She found Thomas standing in her back lanai while trying to ensure the sliding glass doors were locked. She yelled at him asked him what he wanted at first.

But Deville suspected quickly enough that the stranger in her back porch was there not to rob her, but to hurt her. Records say Thomas was armed with a knife and a pepper spray as he was approaching Deville in her house.

She acted on her feet and ran to her friend’s room, who turned out to be her current WWE rival Mandy Rose. The two are set to face each other in a Hair vs. Hair match at the upcoming WWE SummerSlam. Alerting Rose of the situation, the two of them grabbed the car keys and drove away from the house.

Thomas was still at the house when the authorities arrived.

“…he thought I ran up the stairs, leaving me and my friend just enough time to escape.”

Deville later reassured her fans over Twitter that everyone was safe and sound.

Thank you everyone for your love and concern. A very frightening experience but thankfully everyone is safe. A special thank you to Hillsborough County Sheriff’s Office for their response and assistance. 🖤

After Deville learned of Thomas’ identity, she discovered hundreds of private messages from his profile on her Instagram account dating back to March 2019. In Deville’s own words, the messages were “obsessive, suicidal, and idolizing” in nature. There were threats to the wrestler’s friends and families and mentions of violence and sex acts.

The last text was sent from inside her house, where Thomas threatened to kill Deville and her friend in abusive language.

“I’m a public figure with a social media following of almost 1 million so all his messages were in my ‘request’ folder, which is filled with thousands of messages from people I do not follow.”

Prosecutors filed a court motion later on to hold Thomas without bail. The motion included Thomas’ statement regarding his intention behind the break-in.

“The defendant admitted that his intention was to take Mrs. Berenato (Sonya Deville) hostage by spraying her (with) pepper spray, binding her hands with the zip ties, and wrapping duct tape around her arms to prevent from fighting back. He stated that he intended to keep Mrs. Berenato hostage, preventing her from attending a planned event schedule for the following week, and that he was not going to leave her residence without her answering all of his questions.”

Deville’s handwritten petition for a temporary injunction against stalking violence was granted by a judge. The defendant has been retained on the charges of three felonies – armed kidnapping, aggravated stalking, and armed burglary of dwelling, and a misdemeanor of criminal mischief.

A hearing on the motion of the prosecution to hold Thomas without bail is scheduled for Thursday.