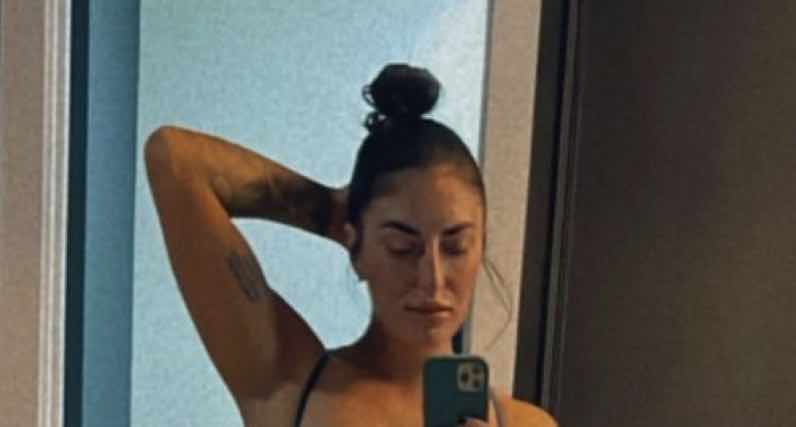 Sonya Deville has posted a new photo album including one where she kisses her girlfriend, as seen below.

It was noted during the podcast that fans are concerned. Flair’s age and his health issues are the factors which raise concern. A handful of wrestlers have stepped in the ring in the same age range as Flair.

Jerry “The King” Lawler still wrestles on independent shows but WWE won’t allow him to take bumps on their shows because he almost died on an episode of Raw in 2012. Flair would walk the aisle one last time on July 31st in Nashville, Tennessee at the Jim Crockett Promotions.

Here is what Conrad Thomson said:

“…David Crockett and as many of the Crocketts that we can get will be there on hand to celebrate one last run, one last match, not just for the Nature Boy, but for Jim Crockett promotions. We’ve licensed the music. It’s going to look and feel just like it did way back when in the mid ’80s.”

“The Nature Boy is going to walk that aisle one last time. I know there’s been some pushback and people who were all of a sudden are very concerned about Ric Flair’s well being. I wonder if those are the same folks who are clamoring for Undertaker to have one more match, or what they felt about Vince McMahon wrestling at WrestleMania, or Jerry Lawler wrestling every other weekend.”

“It’s not uncommon in Tennessee for these Tennessee boys to strut around, and by the way, Tennessee is the birthplace of Ric Flair. How fun is it that it’s come full circle with Jim Crockett promotions and him and one more match? Let me just say that I’m smarter than I look. We got some fun ideas for the show and I think some naysayers are going to come around and they’re going to like this idea.”

You can listen the full podcast below: