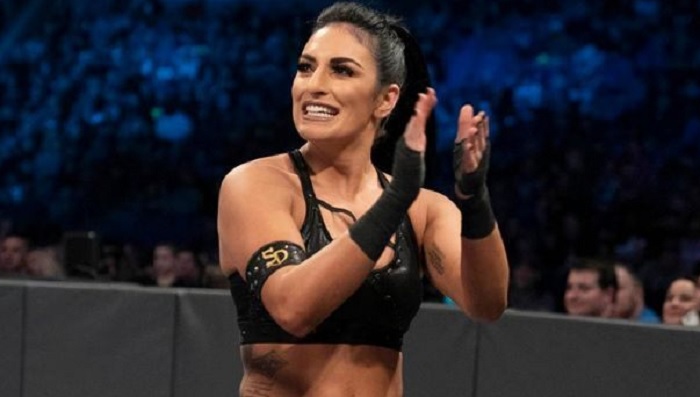 WWE Superstar Sonya Deville recently spoke with the International Business Times for an interview where she discussed the impact that COVID-19 has had on WWE, and shares her thoughts on Asuka as a performer.

Check out some of the highlights from the interview.

On the impact COVID-19 has had on WWE:

“It’s obviously been kind of crazy for everybody, but it’s one of these things where the last five years of our lives have been on the road. And we haven’t had much downtime or normalcy of a Monday through Friday or anything like that. So it’s been nice in a sense to be in our own homes instead of hotels. We’re blessed to still be able to work and put on a show for people that are going through tough times, because what’s our escape right now? Television and social media. It’s cool to be a part of something that’s providing entertainment in a time like this.”

“Obviously it’s unsettling because there are so many unknowns about everything going on, but at the end of the day, I’m fortunate enough to live alone. I don’t live with anybody who’s high risk. I don’t have kids. I don’t live with my mother or anything like that, so it’s more comfortable for someone like me I think to just push through and do what I need to do. But I understand everyone’s difference of opinions on a situation like this.”

“Asuka is in my opinion the greatest to ever do it. She’s so well-rounded. She’s so charismatic. She’s hard-hitting. She’s aggressive, fast. Everything that I like about wrestling is what Asuka does. I think our styles match up well. I think we’re both heavy hitters, hard strikers. Every wrestler has good chemistry with another wrestler, more so than anybody else, and I just think that mine and Asuka’s in-ring chemistry is incredible. I would love to show fans that one day. I know that moment in time will come. She’s respected because she’s humble, she puts her head down and goes to work every day and outworks a lot of people on the roster. She’s really that talented.”

Check out the complete Sonya Deville interview at IBTimes.com.